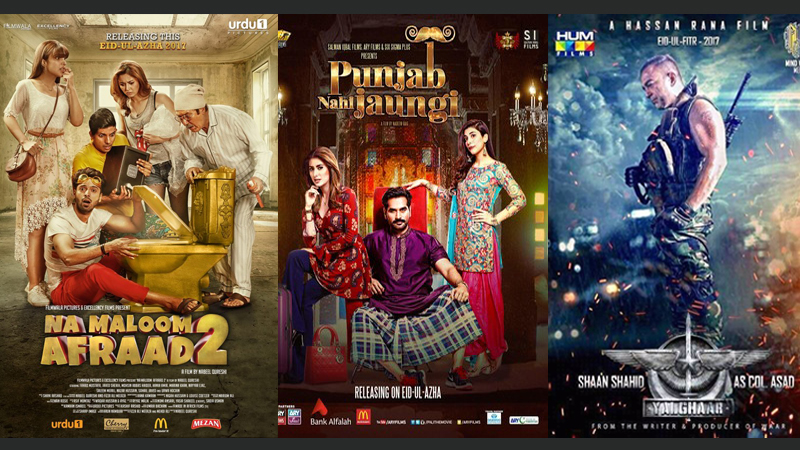 2017 proved to be a healthy year for Pakistan Film Industry (or as some like calling it, Lollywood).

For one thing 2017 also witnessed filmmakers experimenting with diverse content. Ranging from action to comedies and drama to issue based films, 2017 was a rich year in terms of content diversity.

Most films managed to not just recover their costs but also make decent profits to keep the industry alive. Here’s a look at the films that kept young Lollywood afloat this year.

Not only did Punjab Nahi Jaungi surface as the biggest hit of the year but it also broke – and created – a number of records.

Also Read: This Thought Provoking Message By Atif Aslam Is Going Viral And For All The Right Reasons!

The fact that Punjab Nahi Jaungi has surpassed the 100 week milestone (and still going strong) says a lot about the love that it has received from the audiences.

As of December 2017, the film has made Rs. 50 crore (or $5 million) worldwide making it the highest grossing Pakistani film of all time.

The film could have grossed much more had it not lost an entire weekend owing to an indiscriminate ban by the Punjab government. The ban, although short lived, broke the film’s momentum at the box office.

Despite the ban and the fact that Na Maloom Afraad 2 had stiff competition from Punjab Nahi Jaungi, the film held its ground. It is expected to collect further from the global box office after releasing across the United States in December.

This much anticipated war film released across Pakistan on Eid-ul-Fitr. Given the brilliant performance of Waar at the box office, there were high expectations from Yalghaar for the reason that both the films were produced by the same team and dealt with the same subject.

The 11 day extended Eid weekend was also seen as a reason to help boost the film’s performance at the box office.

As expected, Yalghaar did well for itself and finished its run with collections on the tune of Rs. 20 crore. While the business itself was not bad at all considering the limited number of screens available in the country, however the high costs of the film could not be redeemed.

Two major Lollywood films, i.e. Arth – The Destination and Parchi will release on 21 December. However, the business that they bring will primarily show impact in 2018.

From our end, we’re glad Pakistan film industry is going strong and look forward to the impressive line-up of movies in the coming year.