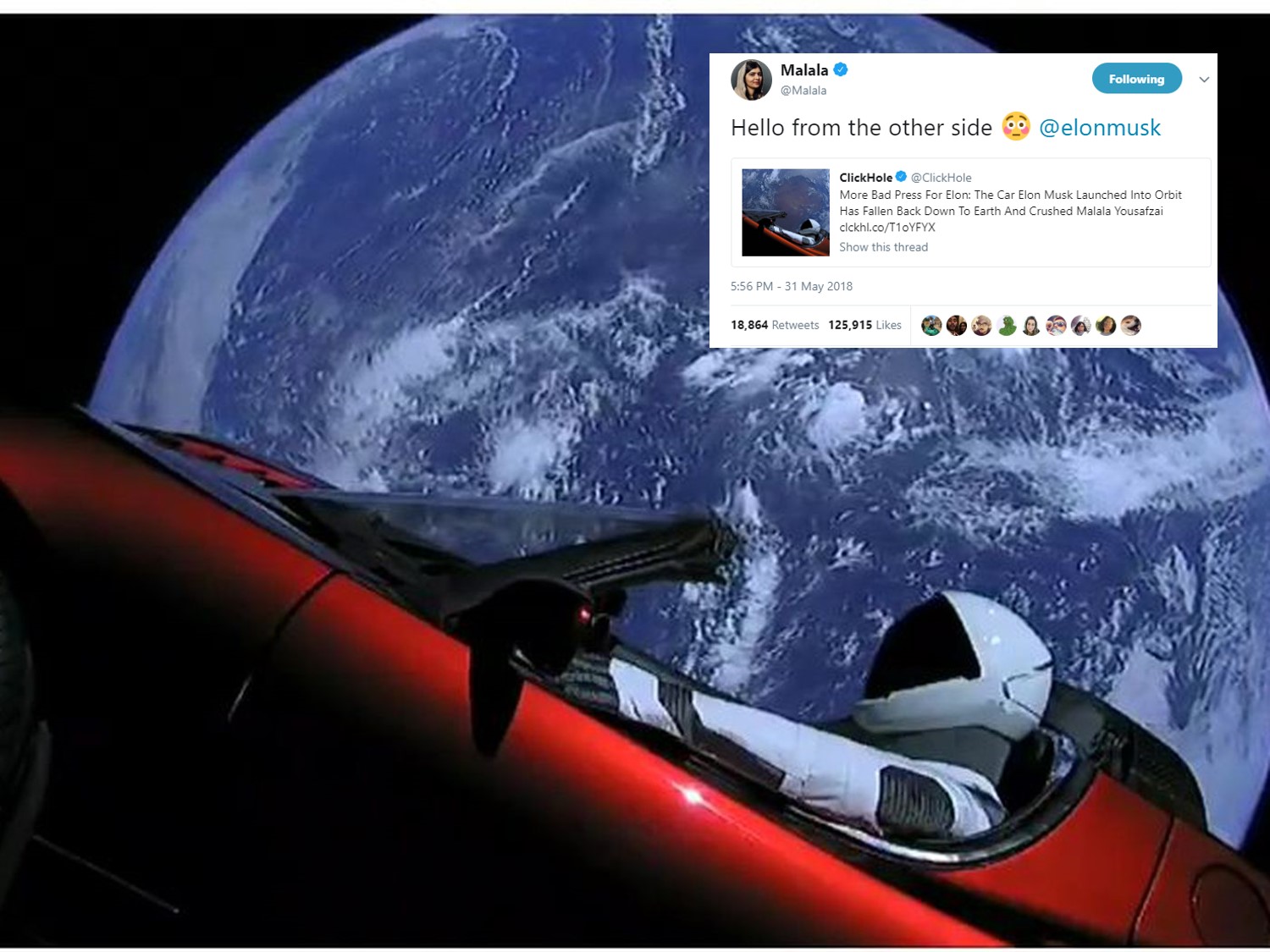 A satire website, Clickhole.com published an article this past Wednesday; the headline screamed, “More Bad Press For Elon: The Car Elon Musk Launched Into Orbit Has Fallen Back Down To Earth And Crushed Malala Yousafzai.”

The hilarious piece went on to read, “According to reports, Yousafzai had been taking a walk outside her Birmingham, England home when the bright red sports car came careening down from 70 miles above the Earth’s surface to land right on top of her…”

Apparently, Clickhohe.com’s readers were not the only ones who were amused. Malala Yousafzai, who is of course, alive and healthy also read the piece and decided to create some jest of her own.

“Hello from the other side,” she tweeted Elon Musk along with the link to the article.

Hello from the other side 😳 @elonmusk https://t.co/pRTnyptZ1N

Soon after, (going by the emojis at the end of the tweet, a gleefully flustered) Elon Musk responded with “Hi.”

But more than anything else, it was Malala’s witty response that had the internet in splits.

The viral thread literally had the entire world contributing to the convo.

You see … and THIS is how satire is replied to!
Also well played!

You are too funnyyy sometimes 😂😂

…prompting Malala to hit back with another hilarious tweet.

Coming back to the original conversation, the Twitter banter between Malala Yousafzai And Elon Musk concluded with the latter yielding to the former’s claim on the space car.

Read: Malala Yousafzai Is In Pakistan And We Seriously Can’t Stay Calm!