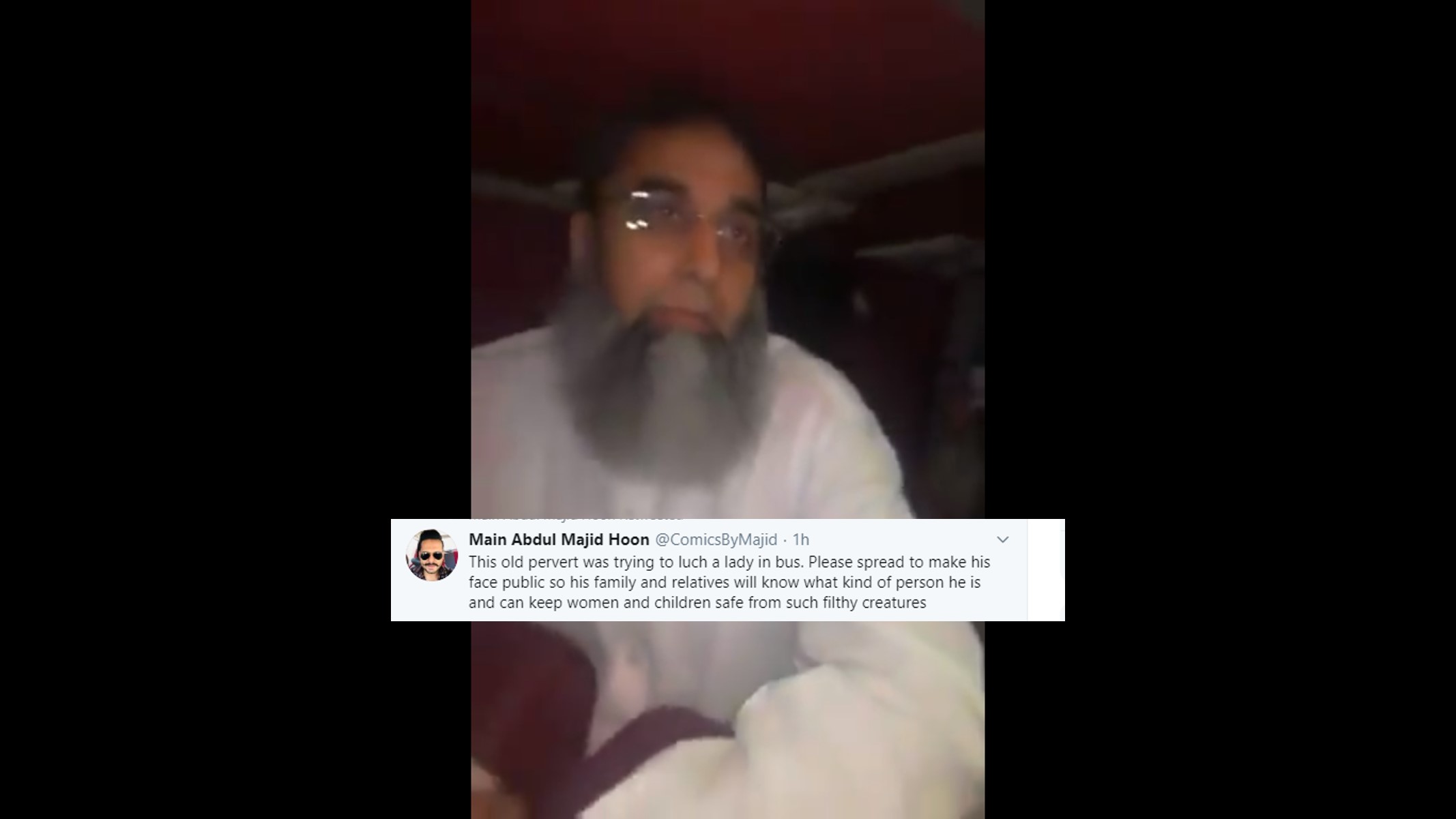 A video recently went viral in which a middle-aged man who had harassed a female passenger aboard a bus was confronted by her and how!

The video begins with the face of an otherwise normal-looking, middle -aged man sheepishly staring into the camera. Simultaneously, a woman can be heard in the background angrily demanding an apology from him.

As soon as the man opens his mouth to say something, she lands a gigantic slap on his face forcing him to shrink back into his seat.

Read: Why Did It Take Sofi So Long To Change Her Statement In The Meesha Shafi – Ali Zafar Sexual Harassment Scandal?

Up until then the viewer is still a little confused. However, the ambiguity is at once cleared when the woman is heard saying, “Remember this slap the next time you think about harassing another girl!”

It is at that point that the man finally begins to apologize.

“Now you apologize?…Constantly touching my back! CONSTANTLY TOUCHING MY BACK,” roars the woman as she begins to incessantly slap the pervert.

The video has since been shared on many other Twitter handles.

This is certainly not the first time a man has harassed a female passenger aboard a bus; but this was perhaps the first time a woman confronted this old, perverted man and that too on camera! Great going sister!