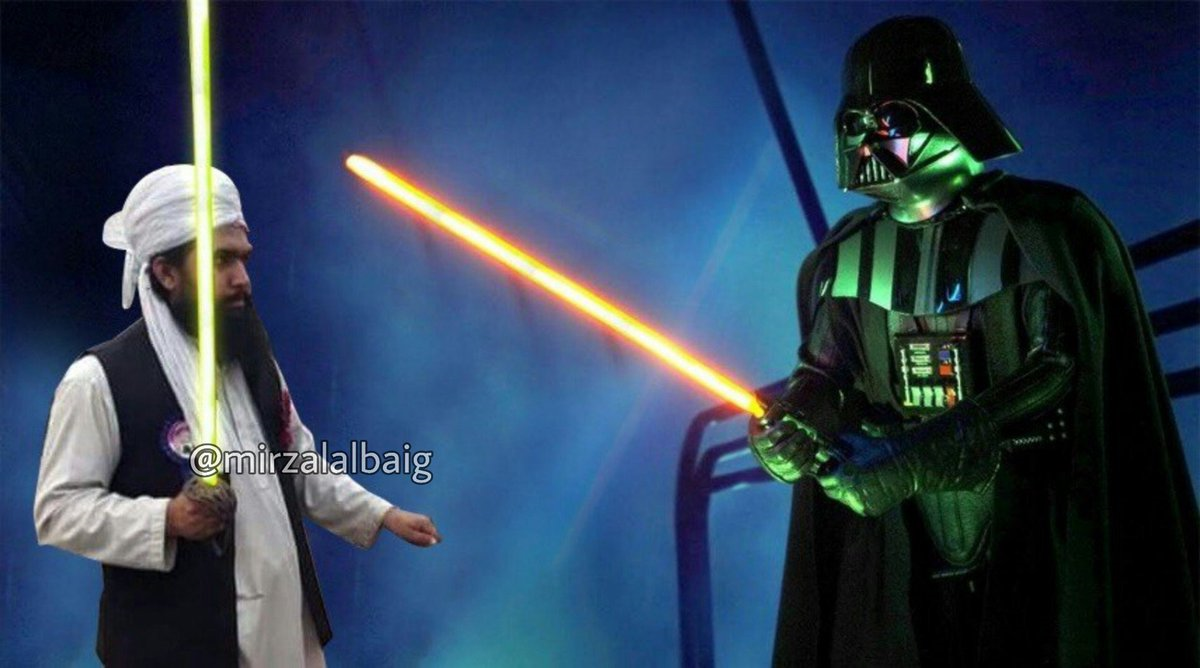 The violent agitation launched by Tehreek-e-Labbaik Pakistan (TLP) last week left the country shocked and terrorized. And while a lot has been written about all that was wrong with the violence that was unleashed on common citizens by the protesters, there is at least one protester whose sword wielding image left Pakistan thoroughly entertained!

So viral did the sword carrying TLP guy become that senior anchor person, Zarrar Khuhro went on to dedicate a segment of his show to the hilarious memes that the (not-a) gentleman has inspired!

Guys! i lost the link to a great series of memes on the sword carrying tlp guy. Going to do a segment on them so plz link me thanks

And while the internet in Pakistan is literally breaking with countless memes dedicated to the sword carrying TLP protester, we, like Khuhro can’t accommodate each one of the fantastic pieces of art. So, after going through scores of amusing memes, we decided to share those thirteen images that made us laugh the loudest!

2. Imagine the horror of landing on the moon only to find the TLP guy waiting for you with his sword! Yiiiikeeeess!

5. This guy inspired many Hollywood themed memes but the one with Darth Vader took the cake!

6. Here’s someone giving the Statue of Liberty a makeover no one expected!

9. We can soooo imagine Mullah Talwar demanding nikkah-namas from couples in a park!

10. No guesses required on who’ll win this match!

11. What is a meme without the original Pindi boy, Sheikh Rasheed Ahmed in it?!

12. This meme-maker’s wishful thinking is hilarious!

13. Martin Kobler has a question that we could all use an answer to!

If you know the origin of the images without watermarks, please let us know! We’d love to credit the brains behind these master pieces!