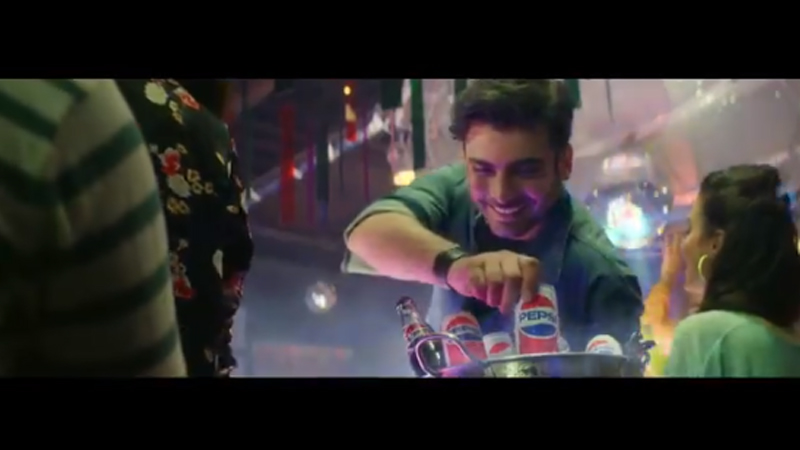 Pepsi’s latest TVC hit the screen yesterday and we’re all sinking into nostalgia. The commercial features icons from 5 generations like Zoheb Hassan, Shahi Hasan, Wasim Akram, Reema and Kashmir the Band, a quick walk through evolution of Pepsi and some memorable Pakistani tunes. While the teaser of the ad was released 4 days back, Fawad Khan dropped a hint about the campaign quite earlier with the following post on his social media.

Read: EP Performed in Pepsi Battle of the Bands’ Grand Finale and We Can’t Get Over it

People were quick to take notice when Zoheb Hassan and Shahi Hasan also commented on the post.

EP's Pepsi BoB performance wasn't enough, I want Fawad and Zoheb to perform something together! 😍
P.S I have a feeling it's coming soon :')#PepsiGenerations pic.twitter.com/duOOYz48CM

And then to make things more interesting, Pepsi posted this breathtaking picture of all these big stars posing with a Pepsi can.

Read: A Look at the Journey of Kashmir on Pepsi Battle of the Bands

Kashmir – the Band itself shared the picture with a caption that explained a lot!

However, there was no way Pepsi was stopping at this. So, the teaser of the ad was released a couple of days back and people were screaming with excitement.

Read: Have You Seen Fawad Khan, Aaroh and Mekaal Hasan Band from the First Season of Pepsi B.O.B

What happens when Fawad grabs the ice cold vintage Pepsi can? Share what’s next in the comments below. #PepsiGenerations pic.twitter.com/xv4B38Zhzk

Just when people were about to lose it, Pepsi’s latest TVC was finally unleashed.

Highlights from the video include Fawad Khan moondancing and time travelling, Zoheb Hassan bringing back Aik Do Kehne Bhi Do to life, Shahi Hasan playing guitar as Hum Hain Pakistani Hum Tou Jeetenge by Vital Signs echoes in the background and Wasim Akram suddenly appearing from nowhere just to hand over a can, Reema’s gracious smile that can light up the sky and Kashmir making some crazy music.

Read: This Team Deserves An Award For The Best PSL Anthem Of The Season!

Cricket, music and the good old days. Experience your greatest memories all over again with Pepsi, the choice of every generation. #PepsiGenerations pic.twitter.com/l4xL0x2mpi

No wonder people were swept off their feet!

– Pakola tried to catch up with timing and idea. But this is ICONIC! #PepsiGenerations https://t.co/xNyIh4lDDV

Award for the most interesting tweet goes to these two though.

Is it just me or #ZohaibHasan is looking hotter than @_fawadakhan_ in the new #PepsiGenerations ad?

No matter who was looking hotter, this walk through the memory lane by Pepsi got us all overwhelmingly emotional and we can’t stop watching it on repeat. Thank you Pepsi!

Read: 5 Highlights From The Lux Style Awards 2018 You Should Know About