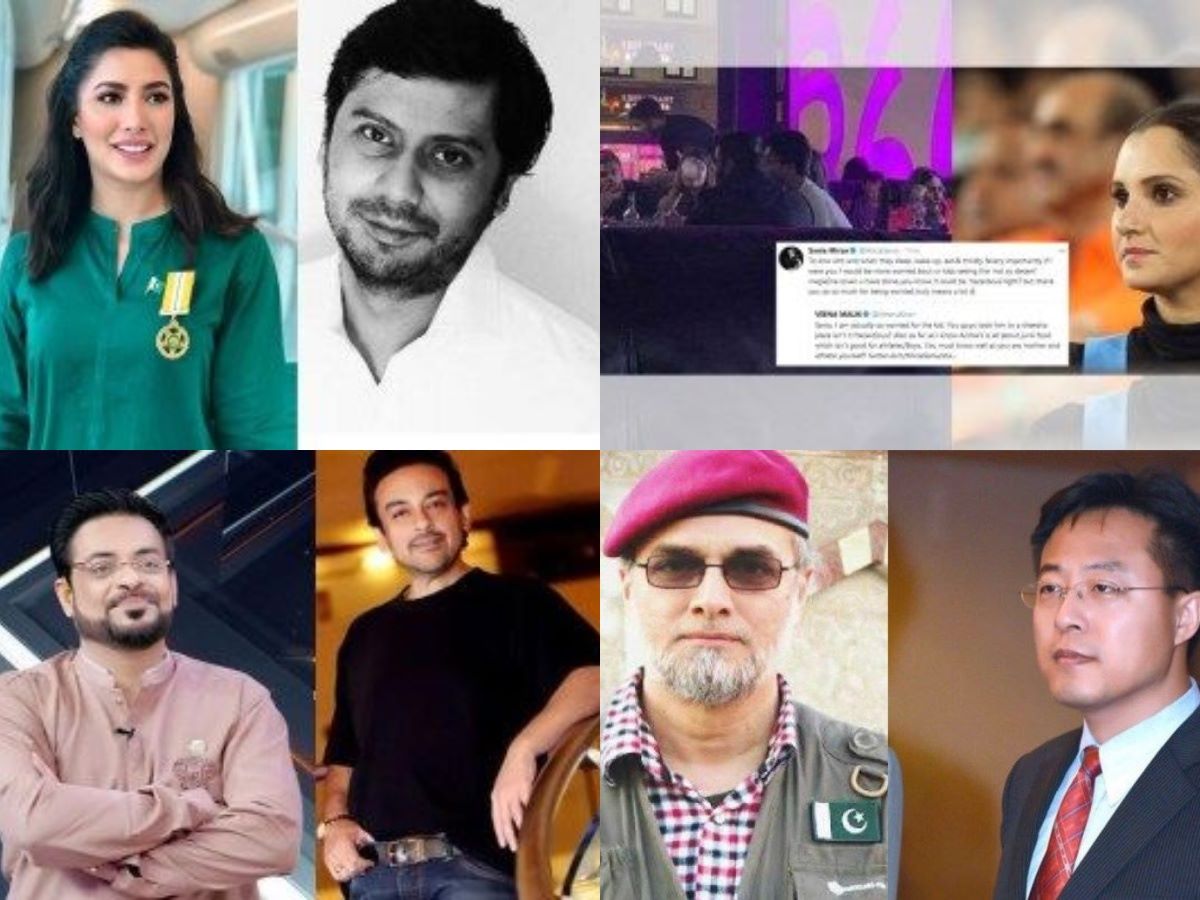 1. Sania Mirza and Veena Malik having a savage spat about the leaked video of Shoaib Malik and other Pakistani players eating out before Pak vs India match.

2. Clash between boxer Amir Khan and Federal Minister Syed Ali Haider Zaidi as both gentlemen claimed to have paid for Riffat Khan’s treatment.

3. When Cynthia Ritchie then took a dig at Gulalai Ismail terming her tweet as anti-Pakistan.

4. In a strongly worded tweet, Jawad Ahmad calling out Hamid Mir for not having the courtesy to give mileage to his party prior to the general elections.

6. The spat between Fawad Chaudhry and Sami Ibrahim when Ibrahim alleged on his show that Chaudhry had accumulated a lot of wealth and that most of it remained undeclared.

8. Cyril Almeida trolling Mehwish Hayat after Musharraf verdict and her indirect response making it sufficiently clear that she did not appreciate being mocked.

11. Zaid Hamid and Chinese diplomat having a spat over Chinese government allegedly oppressing its Muslim population.

Read: Zaid Hamid And A Chinese Diplomat Have A Twitter Spat Over Alleged Persecution Of Muslims

15. Sham Idrees’ wife, Froggy, getting punched at her Karachi meetup after a series of Sham-Ducky squabble on YouTube.