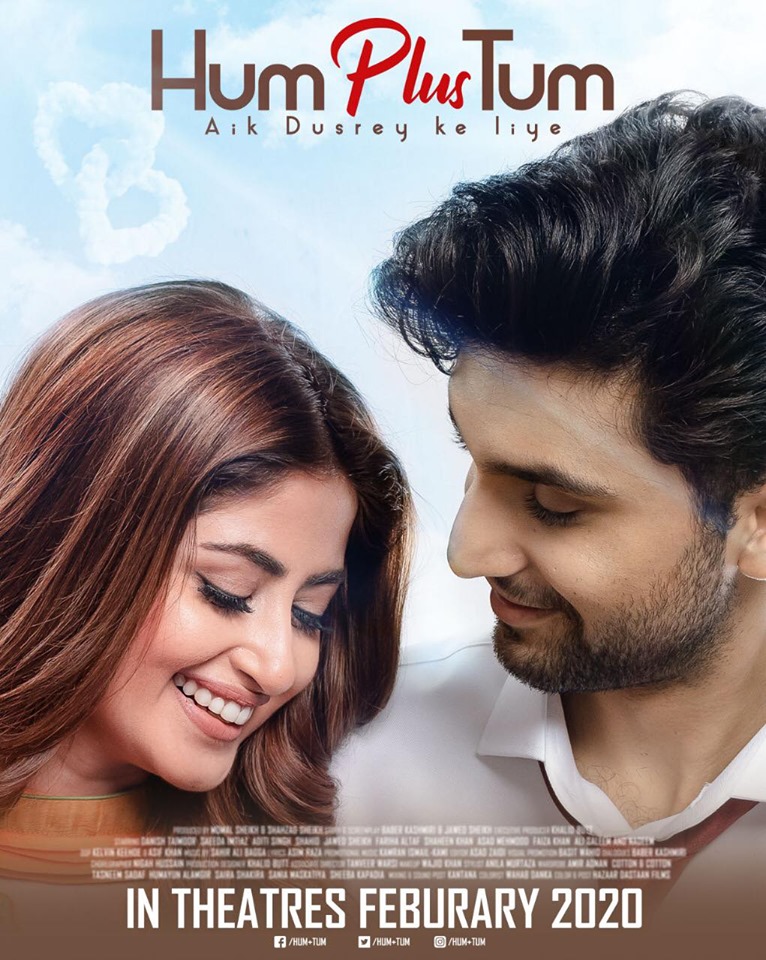 Their chemistry led people to speculate about their relationship status. Their appearances together at awards shows and social gatherings further fueled gossip mills. Very soon it was revealed that they were indeed in a relationship. On 6 June 2019, the happy duo announced their engagement.

They further appeared together in Aangan, a period drama by Hum TV which also featured Mawra Hocane, Sonya Hussain and Hira Mani in main roles.

Having become hot favourites among audiences, the two were quickly roped in by famous cola and crisp brands for their ad campaigns.

And now, for the first time in their careers, the beloved couple will be seen on 70mm together. The Sajal and Ahad movie, “Hum plus Tum” is going to be in theaters next year in February 2020.

The wait is over because we just got the first look at the movie poster of Hum + Tum starring Sajal and Ahad! #humplustum #sahad #ahadsajal #sajalahad #bolojawan

When fans first heard about the upcoming movie, they could not keep calm!

And now that the actual first look of the Sajal and Ahad movie has been unveiled, their fans’ clamour quite literally knows no bounds!

Read: Who’s Dating Who? Find Out The Names Of The Most Happening Rumoured Couples Of Pakistani Entertainment Industry!