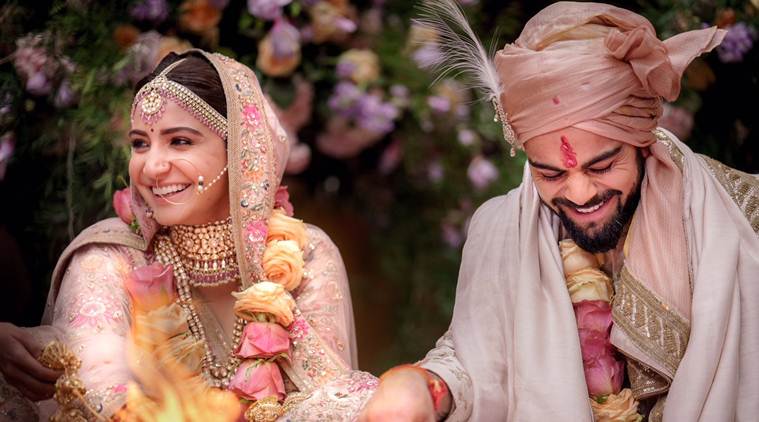 The news of Anushka Sharma and Virat Kohli’s wedding took the internet by storm last evening. Photographs of the newly weds have already gone viral and fans and well wishers are coming out in huge numbers to wish the celebrity couple.

Also Read: It’s the Second Wedding Anniversary of Ahmad Shahzad and Twitter is Showering Him With Love

So, enthralled are the fans that #VirushkaWEDDING is trending at the top even in Pakistan! This Indian couple has certainly received love from both sides of the border.

Bollywood celebrities and sports personalities have also taken to Twitter to wish Anushka and Virat. Here’s what they had to say to the happy duo.

Congratulations to you and Virat…May you be blessed with a joyous and blissful Married life..🎂

Congratulations @AnushkaSharma & @imVkohli !!!! Wishing you all the love and happiness in the world! ❤️❤️💕 👏👏 pic.twitter.com/mNQnINDZ02

Congratulations @imVkohli and @AnushkaSharma. Wish you all the happiness on your beautiful journey together. https://t.co/Z4PZsoIK2M

From now onwards @imVkohli will happily be the vice captain at home … hail the new captain @AnushkaSharma …. once again wish you a happy married life. pic.twitter.com/F6Eg5wFbtd

So wonderful. Many congratulations to both the families. https://t.co/YfXuIyxXd6

What a catch @imVkohli … and what a shot @AnushkaSharma … happiness , always! 😍 https://t.co/Nbwk8Ivg9D

Film stars were not the only high profile well-wishers. The second half of this power couple has its roots in cricket. So, it was only natural for cricketers to come out with good wishes too.

Congratulations and best wishes to the just married @imVkohli and @AnushkaSharma. You both look wonderful together. #Virushka pic.twitter.com/DqcQN7GrpC

Shaadi Mubarak, @imVkohli and @AnushkaSharma
May God bless you both with lots of happiness. 😊😇🙌

Pakistani celebrities too used the micro-blogging website to wish Anushka Sharma and Virat Kohli a happy life ahead.

Congratulations @imVkohli @AnushkaSharma on your wedding. May God Bless you two and give you happiness and a rewarding married life.

The newly weds looke picture perfect in every frame and we, like all their fans out there wish them the best in life! Shaadi mubarak!