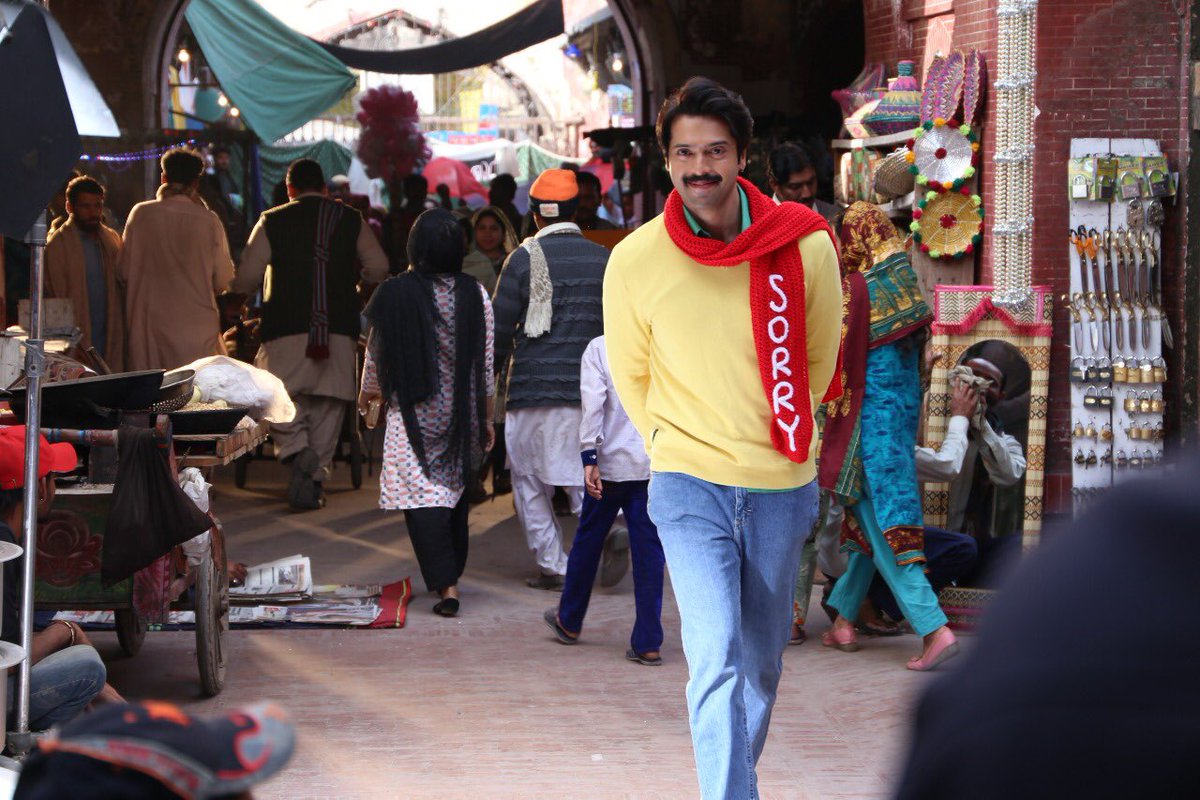 Fahad Mustafa took to Twitter today to unveil the first look of his character from the upcoming film, Load Wedding.

Going by the first look, Fahad Mustafa seems completely unrecognizable with a huge mustache and a desi but very geeky avatar.

The upcoming release is directed by Nabeel Qureshi – who has incidentally never made a movie without Fahad Mustafa. Na Naloom Afraad 1 & 2 and Actor in Law all had Mustafa playing the protagonist.

Mehwish Hayat, who has also worked twice before with the director has been cast as the leading lady. In the past we have seen her share screen space on 70mm with Fahad Mustafa in Qureshi’s NMA 1 and Actor in Law.

Read: The 5 Most Anticipated Action Films Coming Out of Hollywood In The Second Half Of 2018

So, Load Wedding is a reunion of sorts for the director and the actors.

Given the great rapport between the trio, we’re very excited about the film, which is slated for an Eid-ul-Azha release.

With the first look out, we can’t wait for the rest of the cast and characters to be unveiled and of course, we’re awaiting the trailer with held breath!