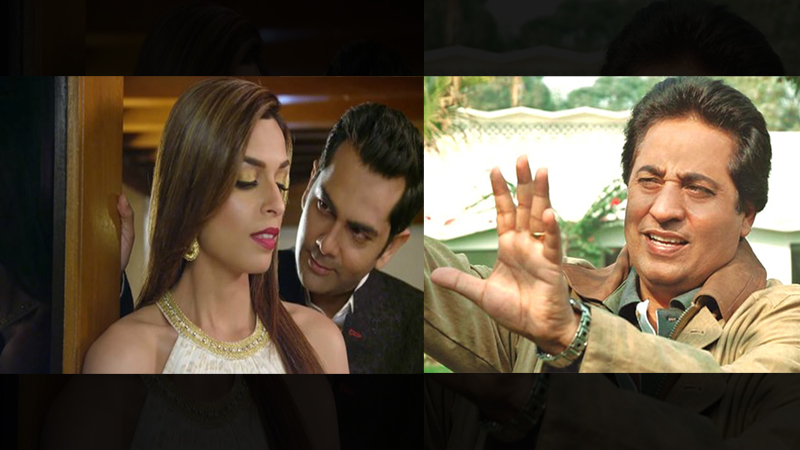 When you announced your comeback film earlier this year, as a movie buff and an admirer of your previous work, I was most excited. After all it was because of Jeeva that I first went to see a Pakistani film in the theater. Thereafter, came Sargam and Ghoongat and in the 10-year-old-me was one of your biggest fans. I would go as far as to say that your movies were the starting point for my fascination with cinema.

Sure, some of the films were certainly not age appropriate but such were the 90’s(!) when “age appropriate” was not a thing yet and kids got away with watching all sorts of content.

However, it’s not the 90’s anymore and I’m no longer a 10 year old oblivious to misogyny. We live in a different world where parents are not only more conscious about what their children should or should not be watching but where women are also more aware and vocal about their rights.

If I recall correctly, there were scenes in almost all the above mentioned films where women were slapped on one pretext or the other. Sometimes it was the agitated lover, at other times it was the antagonist. However, such displays of violence were a norm 20 years ago and despite this glaring issue, I would still standby my love for your films. For me Sargam is still one of the purest depictions of art to have come out of our film industry. Similarly, a young Moamar Rana playing his guitar to Karan Mein Nazzara in Chooriyaan is the most adorable sequence produced by Punjabi cinema since Mukhra when Santosh Kumar pleaded with Sabiha Khanum to stay by singing, Dila Ther Ja Yaar Da Nazzara Lain Dey.

You see Sir, it’s easier to forgive a movie that’s two decades old because one can always rationalize its lack of sensitivity by blaming it on, “how times were different then.” However, the same misgivings cannot be overlooked in an age when so much time, effort and money is being put into making men understand two very important things: (1) hitting a woman is NEVER okay and (2) when a woman says, “No,” respect it and leave her in peace.

Unfortunately, Chain Aye Na fails me as a woman and a cine goer on both accounts.

You justified the hero’s slap as a “…slap of love.” Noor sahab, please try to understand that a slap is an act of violence – whether its a woman or a man on the receiving end –  and there is no other way to describe it. The fact that the “heroine” had told the “hero” to back off repeatedly but he continued to harass her does not help your cause either.

Also Read: 5 Pakistani Classic Films that You MUST Watch

In your recent press conference you blamed the “bloggers” for writing unfair reviews that kept the audiences away from the theater. You alleged that bloggers are irresponsible and do not write good reviews unless paid to do so. It is because of this statement that I am writing this open letter.

Among other things, I’m also a blogger so let me try and explain a simple fact: bloggers are just cine-goers with an internet connection and a knack for sharing their opinion with others. There is no “Indian conspiracy” behind what we say because if there was we wouldn’t be bashing some of the most high budget Indian films in our blogs.

Whether you like it or not, we, the bloggers are your audience now. So, please take the feedback of your audience seriously rather than contesting it. After all, isn’t it the spectators for whom you make the movies in the first place?

When a good Pakistani film like Actor in Law or Manto comes our way, we lavish it with love. But when we leave the theater traumatized by an obscene overdose of misogyny, we warn others against wasting their hard earned cash on something that is not their money’s worth. And unfortunately, Chain Aye Na falls in the latter category.

That said, the debacle of Chain Aye Na does not take away the many wonderful films that you have entertained us with over the last few decades – both as a writer and a director. And I would hate to see a veteran like you go down in history as a “has been.” But this persistent animosity against your audience and refusal to take responsibility for the failure of Chain Aye Na is not winning you any supporters.

Noor sahab, the simplest of all realities is that Chain Aye Na was not a good film and neither India nor the bloggers made it – you made it, Sir. I truly hope you would take heed of all the feedback that’s been given. Because unless you pay attention to what your audience has to say you are likely to return with another mistake similar to Chain Aye Na and I would really want to see you return with something diametrically different; something that made you a name to reckon with – something memorable.