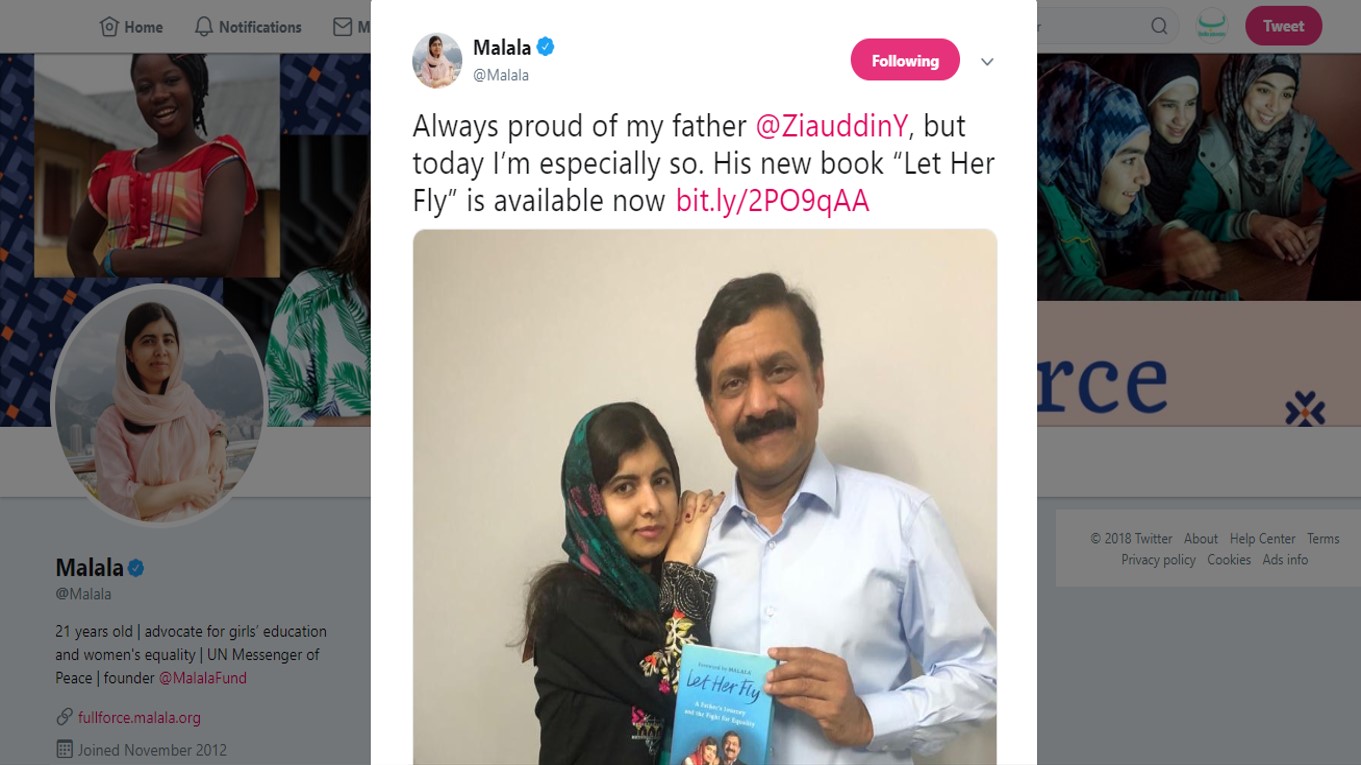 Today I laid the foundation for 1st of 5 shelters for the homeless in Lahore & one in Pindi to be followed by shelters in other cities. We are committed to building a social net for our poor citizens so everyone has a shelter over his/her head & access to health & education pic.twitter.com/4QCXfEzgJK

Malala posed with her father for the launch of his book, “Let Her Fly” and the internet went awwww…!!

Always proud of my father @ZiauddinY, but today I’m especially so. His new book “Let Her Fly” is available now https://t.co/NeA8vD0uo2 pic.twitter.com/LFZd6RCdy8

One can always be better. I have made huge mistakes as a mother. But tried to learn from them and rectify them. My children, all children, are my life and joy. https://t.co/NgBz5OzBwZ

No sickness can keep you down with all the prayers we offer for your recovery Doc @DrNaumanNiaz You are a fighter and a warrior. We all behind you Brother #GetWellSoon

“I’m not the Chief Minister of Punjab,” said Wasim Akram and we believe him! 😛

No I’m not the Chief Minister of Punjab, but I am living proof that it doesn’t matter what background or socioeconomic class you are from, heroes are ones who have walked a mile in many different shoes and who dreamt big not just for themselves but for their country.

#THUGSOFHINDUSTAN The only thing right is the name of the film, its a thug film dont fall for it, total waste of time&money!
(Thugs of yashraj!) Dissapointment #pakistan

Mawra Hocane shared the trailer of Aangan and Mahira Khan was all love!

Is the beef between Dawn and the state finally experiencing a thaw? Cyril Almeida’s tweet made a point!

Mehr Bukhari insisted that journalists also have a life!