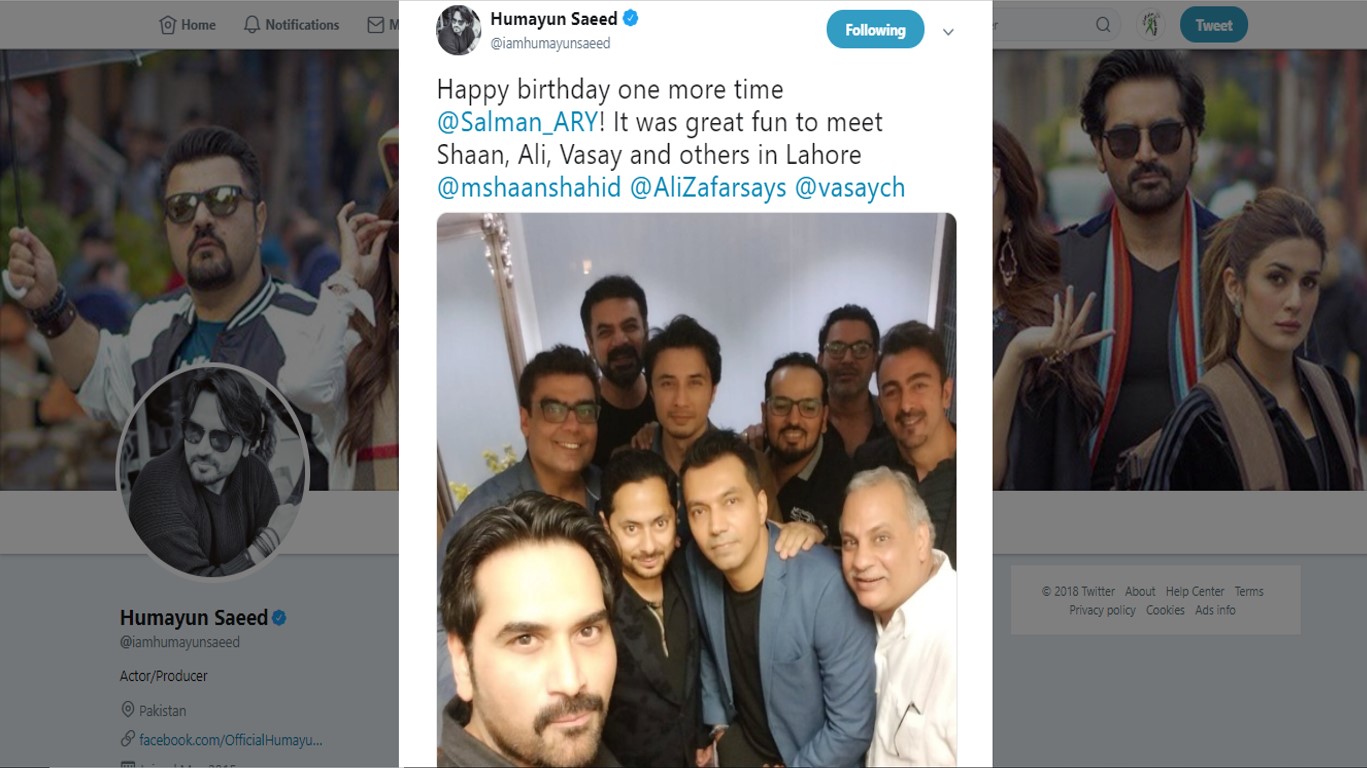 The Yousafzais featured in The Sunday Times and fathers all over the world learnt how to raise their daughters right!

“So that is why I was more interested in girls’ education, because it was the greatest equaliser.”
Read about the genesis of our family story in an interview by Janic Turner @VictoriaPeckham #LetHerFly

Mansha Pasha sent out an important tweet provoking juvenile responses from the un-woke!

From stole my husband from my best friend and cheated on my fiancee, to jab Me Too hota hai ussi waqt kiyon nahi boltein, to quotes from Uncle Ben and your friendly neighbourhood spider-man.

The women of this industry need to step up and learn to speak better.

Irfan Junejo wanted to sell his drone to buy a new one and people had hilarious responses!

Shireen Mazari and Sherry Rehman bonded – probably for the first time in their lives – over their mutual dislike for the Ko Ko Korina remix!

Same here. In fact I like the Leo Twins version of Koko Korina much better than the flat version put out by Coke Studio. No harm in stating music likes and dislikes. And no need to make such choices the subject of convoluted debate. https://t.co/sff8ZdBbWR

Mani Salman apologized for the inexcusably sexist Instagram post about the #MeToo movement but people weren’t in a forgiving mood!

I would like to inform all my followers that I am not very much active on social media and was not aware that any such pic is posted on my instagram. Would like to apologize on behalf of my PR guy who posted it by mistake. Please do help us improve in all aspects of life

Sajjad Ali rallied for reading from the world’s biggest book event in Dubai!

I think folks are overreacting over Coke Studio’s remake of Koko Korina. It’s not that bad. I believe reaction is more due to the fact that concept of CS now seems worn-out. It hasn’t evolved. It needs to add context to the remakes through relevant imagery to go with the sound.

Samina Peerzada continued with her motivational tweets for Pakistan.