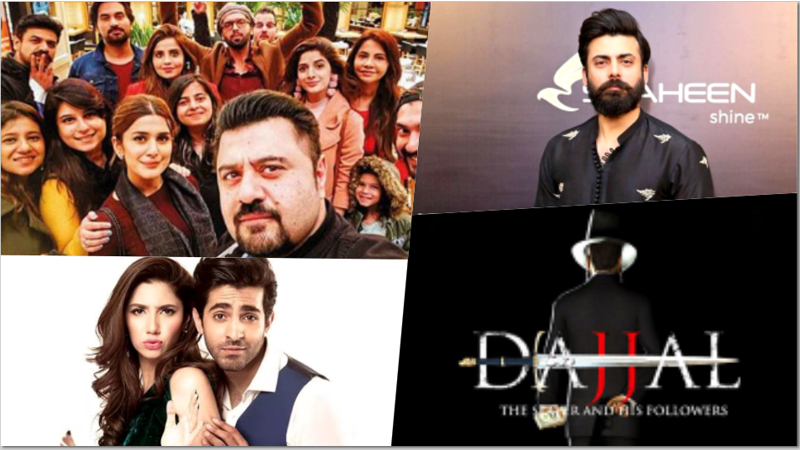 While #DonaldTrump continues to trend on Pakistani Twitter and we are likely to see more of it in the year ahead, let’s discuss something more positive like movies.

Last year, the trajectory of Pakistan’s film industry went in the upward direction only with some of the highest grossing movies being produced and screened in the theatres around us. No wonder this has led to higher expectations from the audience who are now looking forward to 2018 with more excitement.

Although, as of now there are no films scheduled for release in the first quarter of the year except for Parchi that will hit the screen the coming weekend, following are the Pakistani movies that we will hopefully get to watch in 2018.

The much hyped Bilal Lashari’s remake of 1979 Pakistani classic Maula Jatt is slated to land in our theatres sometime around June this year under the banner of Crew Motion Pictures. However, as the precedent goes we might see a delay in the release.

The film is already making headlines owing to the star-studded cast which includes Fawad Khan as Maula Jatt, Hamza Ali Abbasi as Noori Natt, Mahira Khan as Makhoo Jatti, Humaima Malik as Daroo Nattni, Shamoon Abbasi, Adnan Jaffar, Babar Ali and Resham. Remind you, it is the same film for which Fawad Khan and Hamza Ali Abbasi went under tremendous transformation. Take a look for yourself!

A tribute to the original classic, the film is said to be Lashari’s take on Gandasa movies which are ascribed to have caused the downfall of Lollywood as some would call it; reason why so much time is being consumed by the director to make it. It will be interesting to see if new age Maula Jatt will be as good or even better!

Due to a successful prequel, hopes are pretty high from the director Nadeem Beyg. Let’s see if he will be able to live up to the expectations.

4. Dajjal the Slayer and His Followers

Animated feature films are always a source of excitement for Pakistani audience. The case is no different here! Scheduled for release in October, Dajjal the Slayer and His Followers is an animated action thriller written, directed and produced by Rana Abrar. The plot entails a unique explanation of the Middle East crises. Names of the voice artists have not been revealed yet.

With all these films lined up ahead, we hope that the movement of Pakistani Cinema’s revival will further be consolidated this year!