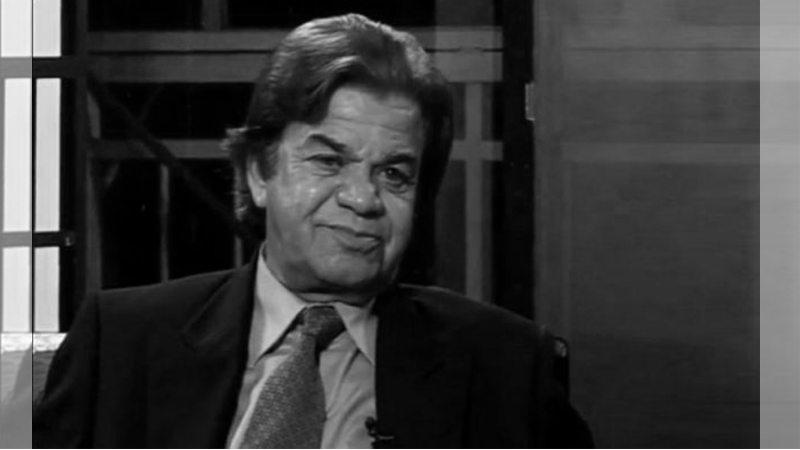 Born in 1930 and a household name in the entertainment world, Qazi Wajid passed away in Karachi yesterday after a brief illness.

Read: In Pictures: Asma Jahangir And Her Phenomenal Struggle For Human Rights

One of the pioneers of radio industry in Pakistan and revered across the country for his unforgettable performances in classic dramas like Ankahi, Dhoop Kinare, Tanhaiyaan, Marvi, Khuda ki basti & Mehndi Khala Khairan, Qazi entertained not one but many generations of Pakistan. Reason why following the sad news of Qazi Wajid’s demise, many heartbroken fans and friends took to Twitter to express their grief.

Inna Lillahi Wa Inna Elyhi Rajioon
Legendary actor Qazi Wajid, passed away at the age of 87 in Karachi after brief illness. May Allah forgive him and grant him highest place in jannah Ameen Indeed great loss of our Television industry we lost an assets today. #QaziWajid pic.twitter.com/OxJTy807lJ

So many fond memories of Qazi Sahib, His command on language and his dialogue delivery was second to none. We lost a star today.
Inna lila hey wa inna elehye rajeoon#QaziWajid @Pakistan pic.twitter.com/GeCpduCTbp

Rest in peace Sir #QaziWajid. You are a legend of the golden era of Pakistan Television. Thank you for entertaining us and putting a smile on our faces.
Inna lillahi wa inna ilayhi raji'un. pic.twitter.com/wsT5wYzDCo

A big name in the drama industry of Pakistan. His legendary acting and dramas made our childhood memorable. No doubt its a big loss in drama industry. May Allah grant #QaziWajid with higher ranks in Jannah

Inna Lillahi Wa Inna Ilaihi Rajioon… #QaziWajid you will always be fondly remembered for the characters you played. Be it a suddenly elderly love stricken businessman in Tanhaiyaan or the humble and distressed paying guest in Angaan Terha

Many noted figures from politics, sports and entertainment also paid tribute to the legendary actor on the microblogging website.

Read: In Pictures: Dina Jinnah, The Daughter We Never Knew

Sad sad day for Pakistan.. we say goodbye to a great great artist and a fearless activist. They shall live on through their work, always. #QaziWajid #AsmaJahangir pic.twitter.com/RLWZzR7aK2

Sad day for Pakistan loosing two icons of our time. Both Qazi Wajid and Asma Jahangir you will be missed. May you rest in peace .

One of my fav personalities #QaziWajid sahib has passed away today. He played my grandfather in my first ever play for ARY. He was supportive, encouraging through all our scenes together. May you get the highest ranks Sir. You were a gem. R.I.P 🙁 pic.twitter.com/L13P3tTjKU

A very Sad Day for Pakistan. #QaziWajid and #AsmaJahangir is no more with us. May Allah rest their souls in peace. Ameen…. Sad Sunday 😢 pic.twitter.com/lrTIQopdrk

He prayed for eternal peace of departed soul & grant of courage to bereaved family to bear this loss. pic.twitter.com/pZnr7z4ugW

A huge loss to art & to all of us !!! #QaziWajid May you rest in peace Qazi sahab & smile at us from above the skies as you always did in your life!!! #RIPQaziWajid

I tweeted Qazi Wajid's outstanding skit from Taleem-e-Balighan only two days ago (below). Who knew we would lose him in a few days. He was an outstanding radio & TV artist. May his soul rest in peace https://t.co/V0uNS2JiQE

Sad and tragic loss of legends #QaziWajid & #AsmaJehangir today. Condolences to families and loved ones.

إِنَّا لِلّهِ وَإِنَّـا إِلَيْهِ رَاجِعون
Saddened by the demise of the Legendary Qazi Wajid sahab. A priceless gem that we lost today. May Allah bless his soul and give patience to his family. Aameen.#QaziWajid #RIP pic.twitter.com/b22foXLWRH

#QaziWajid will be remembered and missed
Full of life, energy and talent.
Saddened truly by his demise.
May Allah grant him the highest stage in Jannah and patience to the family.

Am saddened by the demise of 2 important Pakistani icons , #AsmaJahangir and #QaziWajid.May their souls rest in peace!

The likes of #QaziWajid were a reflection of simpler times, when entertainment came packaged in responsibly produced & presented content.

My dadi in her later yrs avidly watched (& made me watch) Old PTV dramas with such meaningful messages, most of them featuring Qazi Sb. RIP! pic.twitter.com/7mYaXSe9y7

A huge loss to Pakistan's entertainment industry. What an innings! #QaziWajid pic.twitter.com/Lz51OhLldz

Then, there were those who remembered the actor par excellence through his work!

Qazi sb, you made us laugh&think. We'll miss u 🙁 pic.twitter.com/QkCRfZ2XRh

The fact that Pakistanis from every generation feel bereaved following Qazi Wajid’s demise speaks volumes about the number of lives he touched with his unmatched talent during his lifetime.

With Qazi Wajid no more with us, a glorious era of Pakistani television has come to an end. While the nation remains indebted to the great actor for his remarkable contributions, we all know that Qazi Sahab shall live through his work and continue to spread smiles even beyond his existence.