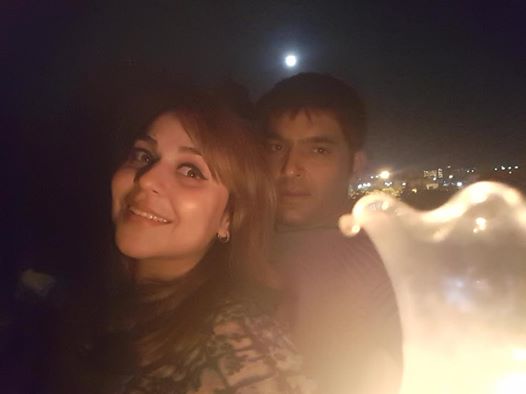 Kapil Sharma, a comedian turned actor almost never disappoints the audience with his wit and comic timing. He is widely loved in the South Asian countries for his unique style of comedy as well as his struggle from rags to riches!

Recently, kapil Sharma took his fans by surprise when making use of his Twitter handle, he introduced his lady love, Bhavneet Chatrath a.k.a Ginni to the world!

“I love her so much… she completes me,” wrote Kapil in his tweet and asked his fans to welcome her.

Will not say she is my better half .. she completes me .. love u ginni .. please welcome her .. I love her so much:) pic.twitter.com/IqB6VKauM5

While this is the first time that Kapil Sharma has spoken about his relationship on a public forum, as per media speculation, Kapil has been involved with Ginni for the last few years. It is believed that they met during their college days in Punjab. In fact reports of them getting married had surfaced some three years ago!

It is reported that Kapil will get married with his better half after the arrival of his next Bollywood appearance.