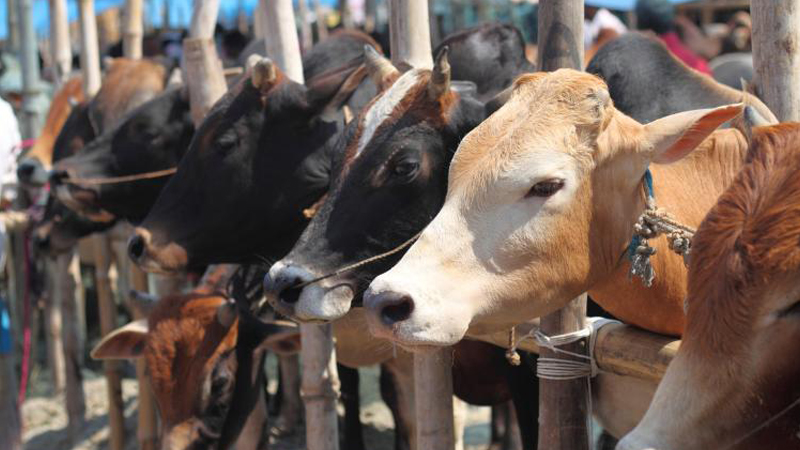 With only a day to go before Eid-ul-Adha, here is a list of things that we as a society need to denounce so that the event has more meaning for everybody around us.

I was watching TV and came across this television channel that wanted people to share pictures of their animal with them so that the world could know about it. As far as I know the event takes place every year so that mankind learns to share and sacrifice and not because people need to show off their belonging!

Also Read: 5 Kinds of People You Meet on Eid-ul-Adha

Therefore, it is high time we stop behaving like attention seekers and as a society, get our focus right.

Statistics show that Pakistan is not doing well on the hunger index. Eid-ul-Adha thus, provides a perfect opportunity to sacrifice and share a certain portion from the animal’s meat so that the needy are able to benefit from it.

Let’s not be mean and store the meat without allocating a certain portion of it for those who won’t be able to offer sacrifice this year.

3. Stop Sacrificing an Animal In front of another Animal

This is one practice that frustrates me the most. We as Muslims need to understand that animals are also creatures of Almighty Allah and hence, have rights that we must respect.From both religious and ethical perspectives it is just not right to sacrifice an animal in front of another and therefore, Muslims residing anywhere in the world must do away with the practice.

For a better understanding please refer to the link below by “Mercy Halal Islamic Slaughter”.

Animals as we know can run however, once sacrificed their meat can’t!

Therefore, let’s take it easy and not end up in the hospital after consuming so much of meat that our bodies can’t handle.

1. Stop Reacting and Explain Your Perspective in a Civilized Manner

Different animal right organizations around the globe have had their reservations with regard to the practice of sacrifice and some Muslims have been quick to take offence and react in a manner that really isn’t appropriate.

It is high time that instead of being nasty we rationalize the argument and use science to explain our perspective in a civilized manner.

Numerous research papers around the globe provide evidence that even plants behave the same way an animal would before being sacrificed and it is just that we cannot hear them cry. So should vegetables and fruits too not be spared?

Whether herbivore or a carnivore it doesn’t really matter because towards the end of the day, we all kill to live and it is just a natural process that can’t be altered!