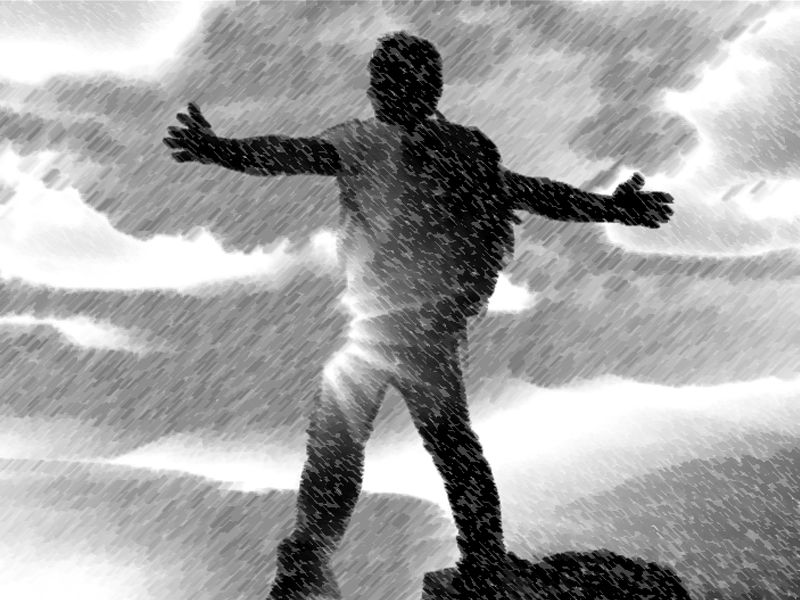 From the call center job “Our Graduate” had earned just enough to manage the expenses for an admission in a private university. For the first time in life one of his plans had succeeded. It was a satisfying feeling but still, there was something missing.

He wasn’t happy. How could he be? After all, the love of his life was an “EX” by now. Her parents had gotten her married to someone who had this import export business.

A friend of his had come to stay with him. They were interacting after a long time and the more they talked the more it was obvious that he still missed her.

The friend inquired, “What’s your problem man? Why did you let her go if you were that serious?”

He thought for a little while, lit a cigarette and then replied back, “She had made it clear that her parents would only give her hand to someone who was settled and then she wasn’t even ready to take a stand…I just hate her!…but I still miss her. I hope she is happy though.”

The friend inquired, “You seem like a different person now. You’ve gone quiet. You don’t even laugh anymore! You need to move on…Seriously! You need!”

He was frustrated and clearly had had enough.  However, with little choice now, he complained, “I had asked her to give me a couple of years but she just didn’t want to wait. She could have persuaded her parents to delay her marriage. I know she could have! But instead she kept telling me that even she wanted a better life style after her marriage and that I should either settle down fast or leave her alone. I know I dumped her but it feels as if she really wanted me to do that…” The boy trailed off for a moment and then with renewed frustration continued, “And then look at my mother! She keeps asking me if I am interested in marrying Baby Khala’s daughter even though I have never replied back to her queries but still…And my father seems to be obsessed with this Master’s degree that is really popular in the job market. I have worked really hard to save whatever I have been able to so far. Even I want to complete my Master’s but in something that I really like doing. Shouldn’t you enjoy doing what you do for a living? Don’t I have a choice to decide? I want to be happy and I have had enough with all these compromises.”

Having heard the entire story the friend replied back, “Your mother keeps asking because you are yet to reply back. Your father doesn’t know what you have in mind so he keeps persuading you for what he feels is right and for the girl, you were just an option. She didn’t love you. You already know all of this. You just can’t run away from the reality. Can you? Self-Pity will not give you the escape that you are looking for. You are unhappy because you choose to be.”

They kept talking for a little while and then went to sleep. A couple of days later all hell broke loose as the boy told his mother that he wasn’t interested in marrying anyone for now and that he will not marry Baby Khala’s daughter anyway. The father too wasn’t amused when he came to know that his son was about to opt for a different discipline than the one he had suggested.

Following an episode of typical Pakistani family melodrama the boy left for the office. However, just before leaving he said, “See! I love you both and want you to be happy and can’t be happy if you are not but I can’t also be happy if I don’t do what I really need to. I need your support. GOD WILLING I won’t disappoint you!”

It took seven years for “Our Graduate” to become a “Master” and achieve from life what he always wanted to. He eventually, married a girl that he had found while completing his degree in the university.

On a regular Monday morning while sitting alone, watching a morning show, for some odd reason his mother wondered, “He has chosen a good girl but I still think he should have married Baby’s daughter….But then why worry if he is happy!”