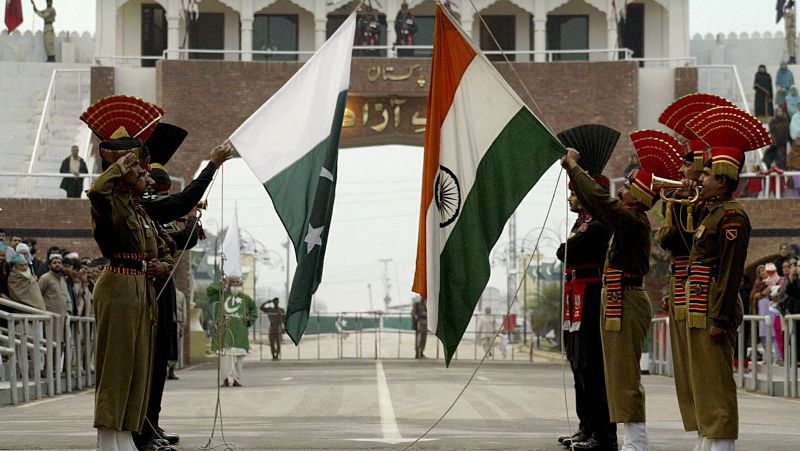 No matter which side of the border you belong to, no matter what your faith, your ethnicity or your political affiliation might be, if you’ve opened this post and started reading it, please don’t stop now and bear with me for the next 3 minutes.

I understand you might have a very clear stance on the current crisis brewing between our countries, Pakistan and India. In the past few days some of you might have read, laughed and shared war jokes ridiculing the military prowess of the other side. Some might have updated Facebook statuses or launched into a tirade of tweets that pledged allegiance to one’s country, rooted for one’s soldiers and demanded retribution from the enemy.

I understand that wars have been glorified for far too long and we have been systematically taught to hate each other through so many mediums that in the on-going crisis it is only natural to be swayed into the ready arms of war hysteria.

I understand the resentment and in spite of what I might personally feel, I can rationalize the angry voices rising from both sides of the divide.

And while I understand the sentiment and the clamor; the rhetoric and the profanities; what I don’t understand is the lack of empathy.

I don’t understand how millions of people in both the countries can compartmentalize in a way that only allows them to mourn a fallen citizen or soldier that specifically belongs to their country. How are so many people unable to rise above the irrational rhetoric of hate and not find in their hearts even the slightest stir of sympathy for a wailing mother whose son lost his life on the “wrong” side of the border?

I don’t understand the value of calls for war made by zealous citizens who, in the past have found themselves horrified and heartbroken at the sight of gory images coming from Syria, Yemen and Iraq. Many a citizens from Pakistan and India in the recent years have joined in global prayers for peace in the Middle East and argued against the senselessness of wars. How then is it possible for the same people to invite death and destruction to their own homes so enthusiastically?

I don’t understand the obsession of belittling the perceived enemy at any cost – even when the price is clearly going to be in the form of a massive human sacrifice?

I’m not asking you to suddenly force yourself to fall in love with a nation whom you have only been taught to despise. Nor am I expecting decades of resentment to abruptly evaporate with a few sentimental words. However, what I am asking from you is to take a brief step back from contributing to the war banter. I am desperately asking you to not demand a conflict, which if it transpires will surpass our collective understanding of tragedy.

Your anger does not allow you to talk about tolerance and peace just yet, that’s fine, South Asia can wait for Nirvana. Just please don’t allow your antagonism to actively demand warfare because while it might seem like the right thing to do given all the wrong that “the other side” has subjected your country to, an all out war will not redeem the injustice. No war ever has, no war ever will.

I’m pleading with the citizens of Pakistan and India to be very careful about what we ask for because we might just get it and if we do, all of us will lose.