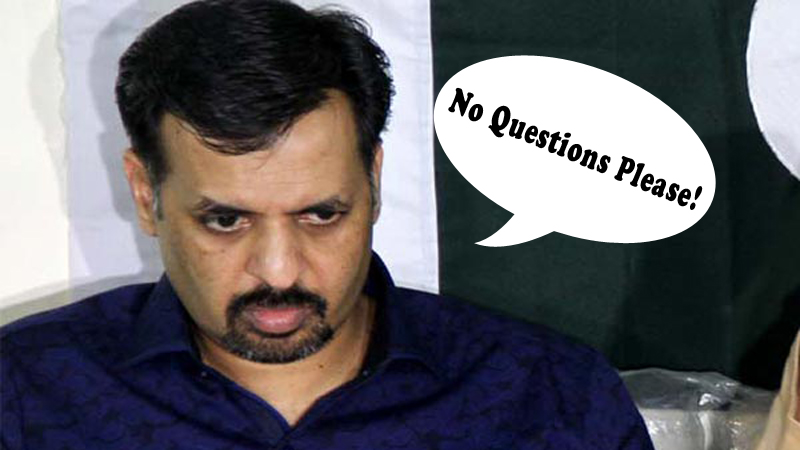 Thanks to Shakespeare, “All is fair in love and war,” was once a widely held belief. However, given the current political situation, I would say that the saying needs to be changed to, “All is fair in politics and hypocrisy.”

In fact it won’t be outrageous to quip that politics and hypocrisy can be used interchangeably as synonyms. After all, each time a politician’s false virtue is exposed, don’t we hear someone justify it with, “…but this is how politics works!”

Let’s take the case of PSP (i.e. Pak Sarzameen Party) leader Mustafa Kamal. Before he returned to Pakistan – or was brought back (which ever narrative suits your political affiliation) – he read the Holy Quran, strove to understand its essence and surfaced as a born-again Muslim. Equipped with this renewed faith, Mustafa Kamal then launched a tirade against MQM, saying things about the party, which even its most hostile opponents did not have the guts to say out loud. The irony of this was not lost on the people given that Mustafa Kamal owes his political stature to MQM and its leader, Altaf Hussain. But past loyalties become irrelevant in the face of renewed faith – especially when it is coupled with becoming the leader of your very own political clan.

3 Ways in Which Panamagate Has Hurt the Feelings of Calibri

I do apologize for using the term “political clan” instead of the more revered, “political party”. But then without a manifesto out lining the objectives of Mustafa Kamal’s second innings in politics, it’s very hard to justify his group of loyalists as a political party. Also, the question of how successful Kamal’s campaign to annihilate the credibility of MQM has fared among the masses is a question that’s still open to debate.

That said, there is no reason for Mustafa Kamal to lose heart. It is true that he spent millions of rupees on advertisements to make his Nishtar Park rally a success but failed miserably in attracting a respectable crowd. It is also true that he spent weeks outside the Karachi Press Club but was eventually forced to call off his sit-in after neither the masses nor the Sindh Government showed any interest. His tale of political bad luck continued when only a few thousand people showed up to his “Million March.” In such a situation it can become very easy for a politician to surrender to despair, especially when the masses refuse to pay you any heed even though all the hullabaloo that you’re creating is for their own welfare! Such ignorant people!

Education and the Manifestos of Our Political Parties

Kamal sahab, do you remember the many statements that you made upon your return to Pakistan? You said that you had returned to rescue the people of Pakistan, especially the muhajir community from those who had back-stabbed them for political gain. You proclaimed that MQM had betrayed people’s trust and that you would save us all from the quicksand of MQM’s political deceit. Kamal sahab, you had promised to send your political missionaries in every nook and corner of the country and make PSP a national party. Then post 22 August 2016, you had labeled MQM’s leader, Farooq Sattar a coward and Altaf Hussain’s agent. You had poked fun at Farooq Sattar’s political prowess, stating that he would not be able to lead MQM. You had even gone as far as to say that Farooq Sattar was abetting with the enemies of the state.

Having spat so much venom in MQM and Farooq Sattar’s direction, it then came as quite an anticlimax when recently you extended an olive branch to Farooq Sattar, urging him to work in coordination with your party. My question is rather simple: how is this not hypocrisy?

Now I’m not saying forging political alliances is wrong. Quite on the contrary! I for one am a stanch believer of the fact that working together attracts blessings. But if forging political alliances for the greater good of the Pakistani people was at the heart of this invitation, why did you not choose to offer this hand of friendship to PPPP or PML-N or PTI or even JUI? These political parties are well established and have their roots and representatives in every province of the country.  Why MQM? Why a political party whose representation is merely limited to the urban centers of Sindh alone? After all, wasn’t this the same party that you believed was led by traitors and enemies of the state only a year ago?

You see, Sir, this sudden change of heart on your part has completely left the masses baffled. We’re spinning our heads to understand the wisdom behind this recent soft corner that you’ve developed for Farooq Sattar after spending the greater half the previous year bashing him on every platform that you graced?

Could this change of heart be a product of your dwindling political career? Has it sprung from the belief that perhaps Farooq Sattar might be ahead of you in terms of public approval and can possibly stage an upset in the upcoming elections? Have you become so politically insecure that you’re ready to back track on all the promises that you’ve made with the citizens to salvage your popularity – or whatever little is left of it?

I seek apology for these blunt questions. But then these are not my questions alone; these are the thoughts of the very people that you claim to represent. Kamal sahab, these people – your people – would like an answer.