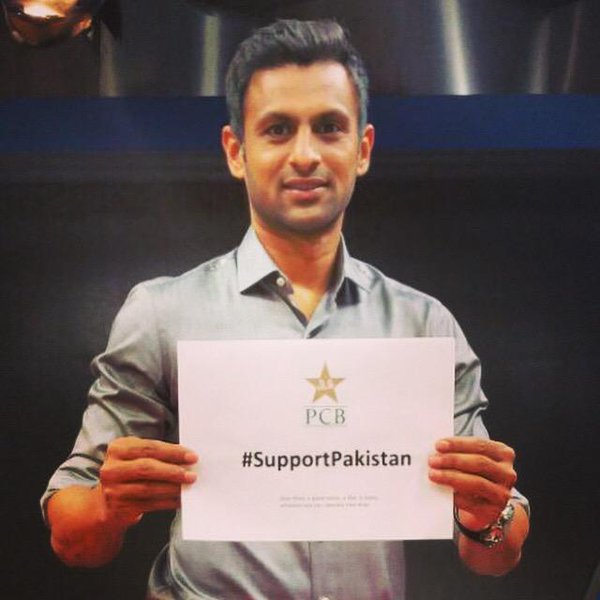 With Pakistani Twitter mostly ruled by politically motivated hashtags, it’s refreshing to see some positivity trending today. Pakistan Zindabad is among the top ten trends on Pakistani Twitter with the hope to make it a Worldwide trend before Independence Day on August 14, 2017.

The brainchild behind this wonderful movement is Pakistani cricketer, Shoaib Malik who has taken it upon himself to bring smiles on the faces of his countrymen and women through this Twitter hashtag campaign. Details of the campaign in Shoaib Malik’s own words can be found here.

What Does Shoaib Malik Want to Achieve?

Tired of negativity on social media (we said so!) Shoaib Malik decided to launch a hashtag campaign that would show the world the side of Pakistan that we all love and cherish.

How Are Pakistanis Reacting

Needless to say, the hashtag has sent patriotic Pakistanis into a frenzy and they’re breaking the internet with #PakistanZindabad.

Take a look to find out how Pakistan is celebrating through its tweets!

A lot of celebrities (including sports men/women, politicians and actors, singers etc.) have joined the movement to make #PakistanZindabad a lasting trend.

Annie of “Mahia” fame wants to remember the Muslim world’s first female Prime Minister as the pride of Pakistan.

Former cricketer, Waqar Younis takes this opportunity to remember the sacrifices of our brave soldiers.

What About Other Twitterati?

Hundreds of thousands of Pakistanis have joined Shoaib Malik’s #PakistanZindabad movement since its launch yesterday. Here’s a glimpse of their enthusiasm and the reasons that make them – and all of us – proud Pakistanis.

Arfa Kareem –  gone too soon but shall never be forgotten…

Sialkot, located in Pakistan, is the world’s largest producer of hand-sewn footballs..#PakistanZindabad

#PakistanZindabad
Mesmerising places !!!
Nature at its best can be seen all across Pakistan.
A real heaven on earth. pic.twitter.com/p7IPeglzTa

True that the trend is still way below a lot of hashtags that do not deserve to trend but the fact that it’s there is reason enough to feel good!