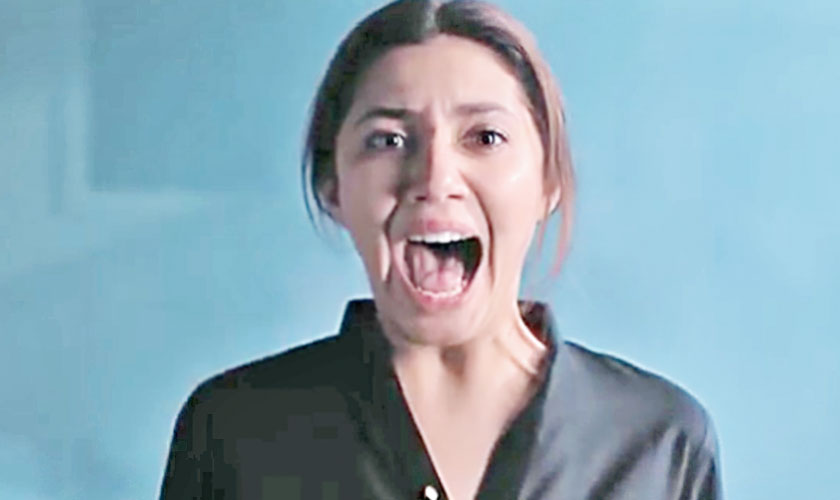 Rape is about exercising power. At times this power stimulates when the powerless tries to challenge the authority of the powerful. The show of power reaches its apex when the powerless refuses to please the powerful. Shoaib Mansoor’s recently released film, Verna highlights the issue of rape and the story revolves around the very concept of exerting unfair power in an imbalanced society.

As a case manager and women’s human rights defender, I’ve dealt with many rape and incest cases in the past ten years. It was only natural then that I would watch Verna applying that experiential lens to it.

Also Read: 14 Pakistani Women Who Have Made History

Firstly, the film is a well-researched effort highlighting the minuscule aspects behind the act of rape. Socio-political factors and governance play an important role in the Pakistani and the South Asian criminal justice system especially in rape cases.

How the criminal justice system in Pakistan victimizes the survivor…

Those who have watched this film can recall that Sara (played by Mahira Khan), before presenting herself for medico-legal examination asks her husband to help her produce “…marks of violence.” A very important question here arises as to why Sara did this?

Ummm……because she was planning revenge???

NO! It’s not as simple as one understands it to be. She did this because in order for a rape survivor to prove that she was raped, she has to show marks of struggle as signs of resistance. In the movie, Sara was blamed by her own family for having no struggle marks, leading them to speculate that perhaps the sexual act was with her consent.

The criminal justice system of Pakistan and the process of medico-legal examination completely ignores the fact that marks of violence are not a necessary implication of rape. What if the survivor was drugged? Will the medico-legal officers still be looking for marks of resistance or struggle? Unfortunately the system lacks the will and capacity to see beyond physical evidence.

I used the word “will” because the gender insensitivity of the justice system doesn’t allow it to unlearn its social biases. But on the other hand the system insists on proving that the survivor is  trying to damage the reputation of the accused for her own vested interests.

Consent and the plight of the rape survivor

The issue of obtaining or having the consent is very tricky in Pakistan.

A girl or woman in most parts of Pakistan does not even have the power to make basic everyday decisions like choosing the color of her dress, what to wear, where to go or even to speak loudly or giggle! Important decisions such as marrying out of her own choice are entirely a separate story!

Unfortunately however, if that same girl ends up in the court to seek justice for rape, she is expected to explain why did she remain silent or didn’t grab someone’s attention when being raped?

Proving rape for a married woman is even more difficult. The whole system and the society will utilize all their energies to prove her wrong and that it couldn’t have happened without her consent.

Imagine a girl who has never been trained about taking her life’s decisions and the word “consent” was never allowed in her dictionary. How then is she expected to suddenly become an empowered being who knows her rights and can exercise consent in the face of an unwelcome sexual advance?

Also Read: 4 Struggles of a Woman Who Smokes in Pakistan

For a rape survivor to be blamed by her own family is more common than one would like to believe. Things like shady streets, deserted places, her age, looks and dress are all commonly used excuses to blame the survivor for provoking her own rape.

On the other hand when the “system” wants to protect a rapist, its favourite line of argument is psychological disorder. As a society we have to understand that rapists cannot be allowed to hide behind psychological illness.

For me Verna is about rape; married women; consent; power; lack of support for rape survivors and of course about the chocked criminal justice system.

Our society is in great denial regarding rape. There are different parameters and perceptions about what kind of women and girls get raped. Some think that women who wear modern clothes get raped because they provoke men. Others think that because a woman was alone and it was dark therefore she got raped. I wonder where such concepts as “conscious,” “self-control,” “niyyat” and piousness vanish in such situations?

In order to provide justice to the survivor, the system needs to think out of the box. They need to stop thinking as men and women. Rape is an injustice against a human being and one that demands speedy justice.

Also Read: Beyond Ideas of Wrong Doing and Right Doing – The Case of Mahira Khan

The other thing is that the state needs to act efficiently. Medico-legal standards should be revamped. For instance, a medico-legal doctor cannot afford to be judgmental. One cannot stop or pressurize a rape survivor to not take the medico-legal examination because the survivor is a woman and has a weak status in the society. As pointed out in Verna, these practices are inherently flawed.

There are also other questions to bring under discussion, for example, why medico legal system is so corrupt when it comes to reporting about rape of a woman or a girl? Why only women/girls’ medico-legal reports state things like, “…hymen not intact” and “…accused is impotent?”

The point of raising these questions is to highlight how the system supports the powerful. A powerful rapist and a corrupt legal environment are two wrongs that can never make a right!

One correct, fact based, unbiased and rightly conducted MLC (Medico-legal Certificate) can be instrumental in providing justice to rape survivors.

Rape survivors fall prey to further injustice because neither the system nor the social setup is supportive.

Verna tried to highlight these critical issues and deserves a lot of credit for doing so.