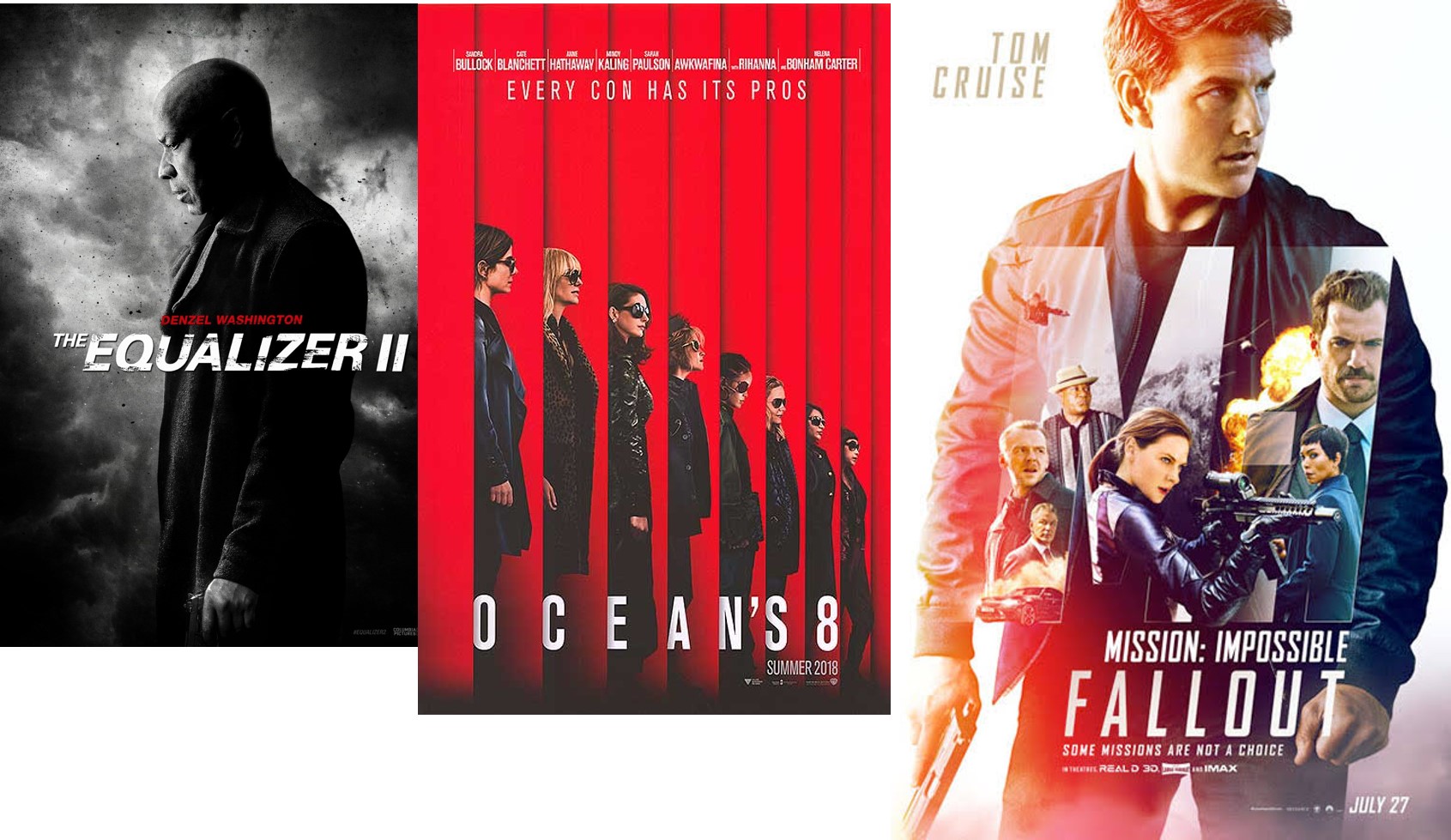 We are very close to the mid of 2018 and we’ve all watched some really good movies already. My personal favorite for the year so far has been Avengers – Infinity War. The movie did excellent business at the box office, having earned over a billion dollars in total!

Deadpool 2 is out but I still haven’t seen it so can’t comment. But going by the trailer it seems really good and has already made around $400 million.

Anyways, let’s move ahead to the future now and take a look at the 5 most anticipated action films  to be released in 2018. In my personal opinion everyone should look forward to them!

Yes! Tom Cruise is back with another M.I. installment. This one seems even more action-packed than the previous ones.

The most exciting aspect about the movie is that the cast is being joined by Henry Cavill – who, I am guessing will eventually turn out to be the villain!

The movie is jam-packed with intense action. Whether its jumping from buildings, crashing vehicles, mega blasts or fist fights the film seems to have it all.

Mission Impossible – Fallout is due to release on the 26th of July.

Ant-Man and the Wasp

This will be the third movie in 2018 to release as part of the Marvel Cinematic Universe. We all know Paul Rudd is the Ant-Man and Evangeline Lilly finally got her suit and she will make her first appearance as the Wasp.

Let’s see how it fares at the box office and will it be able to maintain Marvel’s winning streak? We’ll certainly find out soon!

The movie is set to release on the 5th of July.

It is unbelievable that fans had to wait 11 years for the sequel of Incredibles. Thankfully, the wait has almost come to an end and Incredibles 2 will be releasing on the 14th of June.

The trailer seems quite convincing and let’s hope it is as good as the first one.

I think the movie with the biggest, most prestigious ensemble cast this year has to be Ocean’s 8. With Rihanna, Sandra Bullock, Cate Blanchett, Anne Hathaway, Helena Bonham Carter and Sarah Paulson sharing screen, the wait for Ocean’s 8 is no easy feat! all the more are all mega stars and Oscar winners in the same movie. I believe, this is what people refer to when they speak about girl power!

Let’s see how much the movie makes against a production cost of a whooping $70 Million! Ocean’s 8 hits the theaters on 7th June.

Denzel Washington will be coming back to the cinemas on the 20th of July to equalize some nasty situations. The former CIA hit-man will find himself in a tight spot and this time his battle against the bad guys will be entirely personal.

Watch: Reactions From The Star Studded Premier Of Allahyar And The Legend Of Markhor

The film has some crazy action sequences, especially Denzel’s timed fight. Can’t wait to see how many bad guys he kills in 15 seconds this time!

So, these are the top 5 action rleases that I’m waiting for. What about you?