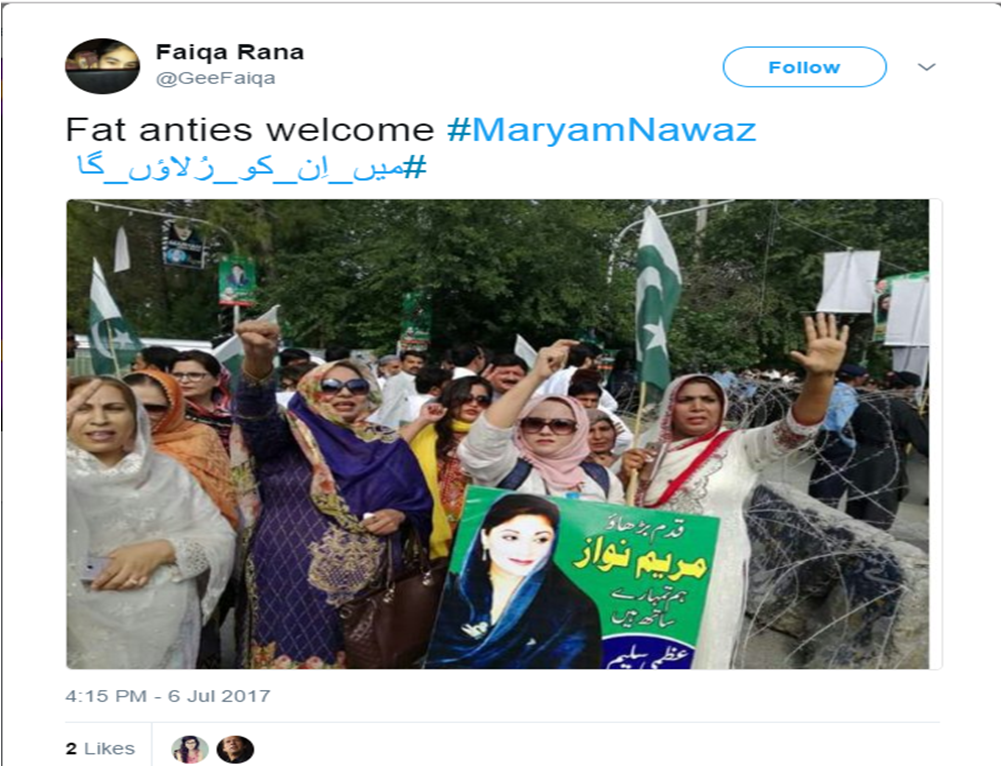 Maryam Nawaz and her paishi (appearance) before the PANAMA JIT has taken up the lion’s share of media coverage since yesterday. However, it’s not just the mainstream media that’s going over board but even the Pakistani citizens through social media cannot stop talking about it. The hype can be gauged from the fact that #MaryamNawaz has been the top Twitter trend for the second day in a row on Pakistani Twitter.

Let’s quickly sum up the mood of common people regarding the Panama JIT and how the Prime Minister’s daughter is dealing with it.

These are men and women who tweet as they feel. They’re teets are simple and honest, irrespective of whether they support Maryam Nawaz or can’t stand her.

#MaryamNawaz concluded that "they do not have to interfere in my family's private business". Meri behan sirf ye batado, paise kahan se aae?

These twitterati are also of course common citizens but believe in analyzing everything in greater detail. At times they indulge too much in conspiracy theories but every now and then they make more sense than the actual political analysts on TV.

Exhibit A of a conspiracy theorist!

We’ve heard about warmongers and hatemongers but there’s a distinct group of Twitterati who can be labelled as humour-mongers. No matter what the situation, no matter how the rest of the world is reacting to it, this group of comedians will always find a way to crack you up with their tweets.

This Twitterati for instance cannot get over PML-N’s weight woes.

Then there’s this one…

This guy just wants a day off…

They are crazy fans who want to fraandship with Maryam.