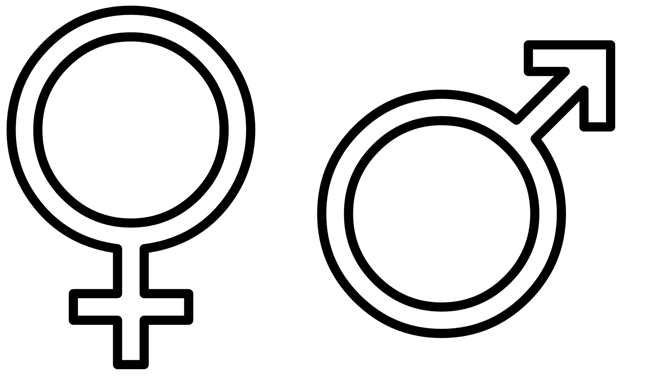 Gender Discrimination has been at the core of the debate around universal access to human rights. It continues to be a reality with practical examples embedded in our daily lives. Women constitute more than 40% of Pakistan’s population and theoretically have many legislations and treaties offering them protection, equal opportunities, equal benefit from resources along with effective redressal mechanisms for right violations. However, in reality the state of women continues to deteriorate and reported rights violations are on the rise. The discussions always constitute around laws and sometimes their enforcement with attention seldom given to critical elements including societal awareness and male involvement.

It is known that women face discrimination at every age and in every role. In tangible ways – be it being served less food as a girl child, being denied an education, being restricted within the confines of the house or having to work much more than men to earn a fraction of what men do. In less tangible ways – be it being treated as a commodity by society as a whole, be it the discriminating attitudes within the family or be it being inappropriately glared at by the boss – women are subject to bullying, harassment and abuse within the domestic sphere as well as in the office space. Decades of trying to mainstream women and intertwining their development within broader social development has proven inefficient and insufficient to combat gender discrimination. This calls for understanding where the blockade lies. The recent incident at the parliament floor where a senior male politician passed derogatory comments over a senior woman parliamentarian is enough evidence to show us where we really stand on gender discrimination as a society.

Clearly the legislation is in place and efforts have been made to enforce it but it must be understood that unless extensive efforts are made for improving awareness of masses and sensitizing them – the legislation and top down attempts for its enforcement will not be beneficial for women. For every woman facing discrimination at family level the key to equity lies in the mindset of her family members, for every woman facing gender discrimination at work – her parity lies in the attitude/behavior of her boss and colleagues, for every woman feeling harassed walking down the street – her protection lies in the changed outlook of men harassing her. Successfully combatting gender discrimination has to be a bottom-up drive which will be rooted in improved understanding and sensitive practices of the ‘perpetrators’ of gender discrimination. Overall societal awareness raising and sensitization is critical – though it has apparent links with internalizing ethics and morals which are reinforced at school. So it is a valid discourse that mega problems like prevalent gender discrimination can be significantly dented by something as simple as improving enrolment rates or investing in quality public education.

Enhancing capacities of women, imparting skills and improving their confidence are vital steps as is awareness around how discrimination in any form should be unacceptable for women – though it is only half the solution. Male involvement is paramount – this was a great learning from the family planning campaign in Pakistan as it was realized that unless men are on board – family planning cannot be practiced as women are not the decision makers. Same holds true for gender discrimination as let alone be decision makers; women are seldom consulted and mostly have no part in making decisions which impact their lives most; whom and when to marry; when and how many kids to have; to work or not; to have control over their earnings or to make key decisions in their children’s lives. There is no straight road for women – no matter how strong they are to take over this decision making space forcefully – the path treads through male involvement and building the understanding that sharing this space with women will add value to the decisions taken and lead way to happier households and more fulfilling lives. The importance of cultivating confidence and imparting skills to women is high but involving and influencing males cannot be undermined if real change has to be enacted.

Prevalent gender discrimination comes across as a vile practice which needs immediate out-rooting as there is a stark difference between the commitments made by the State and ground realities so the policies and their enforcement is focused. A deeper analysis however highlights cause and effect patterns where basic measures like an honest stock taking, breaking the cycle of perpetual poverty, investing in quality public education, promoting life skills based education or even ensuring universal primary education emerge as promising solutions. If firm actions can be taken to invest in and cultivate social capital and undertake targeted sensitization, purging our societal fabric of gender discrimination may not seem such a far cry.