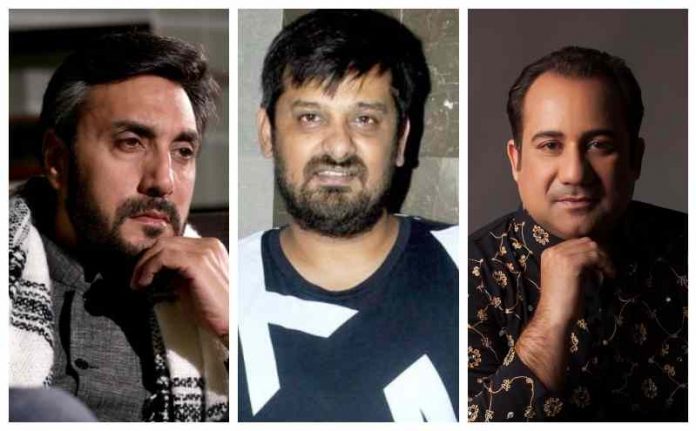 Wajid Khan was only 42 years old and at the peak of his career. He was introduced by Salman Khan in Bollywood and had composed the music for many hit movies including Dabanng, Wanted and Ek Tha Tiger.

Prayers and tributes began to pour in as fellow celebrities mourned the death of Wajid Khan.

Rahat Fateh Ali Khan took to Twitter and shared a picture with the late Bollywood composer.

He also shared a video, mourning the death of the late composer.

Adnan Siddiqui shared a heartfelt note after hearing the news.

Inna lillahi wa inna ilayhi raji’un . . . The deepest loss of 2020 for me personally and for the years to come…. I lost my brother and very very dear friend Wajid. Wajid my brother not done…. there were many more conversations left bhai. Gone too soon, am shattered beyond repair. The most fondest memories of Mumbai I have are with Sajid and Wajid. They came to meet me and took me out for sehri. Not only that, invited me to their place and I had nihari cooked by their mother. I came back to Pakistan and didn’t get a chance to visit them again but our bond became rock solid over the years. My weekends are not complete without chatting with both the brothers and they will be incomplete without you Wajid. Kyun Bhai?? Rest in peace my bhai… rest in peace and may Allah give Sajid and family strength… nothing I write will be enough today. I will forever remember you as ever smiling, singing songs on the phone bhai… why did you go away so soon..

Singer Palak Muchhal shared that Wajid Khan was an integral part of her music journey.

Wajid Khan was like a brother to singer, Adnan Sami Khan.

Prayers for the departed soul and his family!