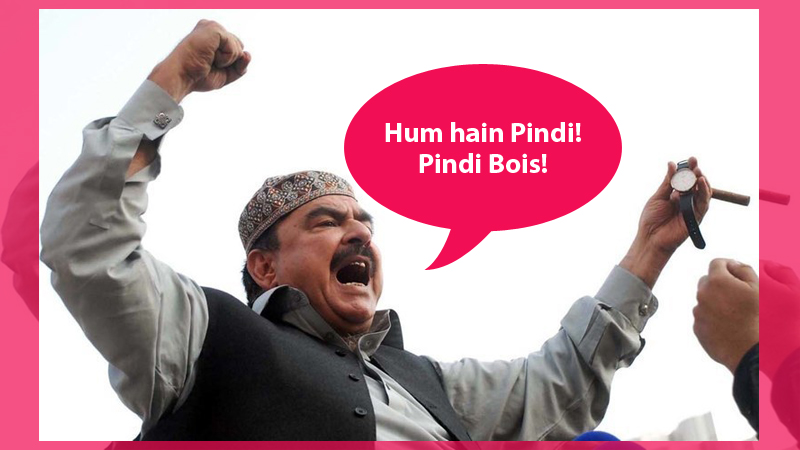 Pakistan Supreme Court dismissed the disqualification plea against Sheikh Rasheed early this morning. As is the case with every “happening” political development, #SheikhRasheed began to trend on Twitter almost immediately. And with the hashtag came an avalanche of proud “Pindi Boy” memes.

While we obviously couldn’t bring the entire Twitter mania to you, here are some of our picks that we found most hilarious!

Before we get to the Pindi Boy memes here is a look at a couple of people who expected a different result and who were clearly praying for it before the judgment came out.

#SheikhRasheed
Inshaa Allah he will be disqualified hopefully and sakoon ho jayega mulk me as he's the biggest liar of our country , don't know why ppl listen to him as his predictions always fail…

Nevermind, this is exactly what happened.

Because “Cigar and Celebrations” go hand in hand!

Now, did he say that?

Well, all of them? Really?

Remember the Name! We Sure Do!

Ladies and gentleman we have another Sadiq and Ameen now… Remember the name @ShkhRasheed#SheikhRasheed pic.twitter.com/QOJl9ig5zv

Read: 3 Pakistani Politicians Who Are Famous For Behaving Like Angry Little Kids

Shiekh Rasheed has been having the time of his life since Nawaz Sharif was disqualified by Pakistan Supreme Court last year. However, will the good times for Sheikh Saab continue? Only time will tell! For now, we can only congratulate the ultimate Pindi Boy on the recent verdict.