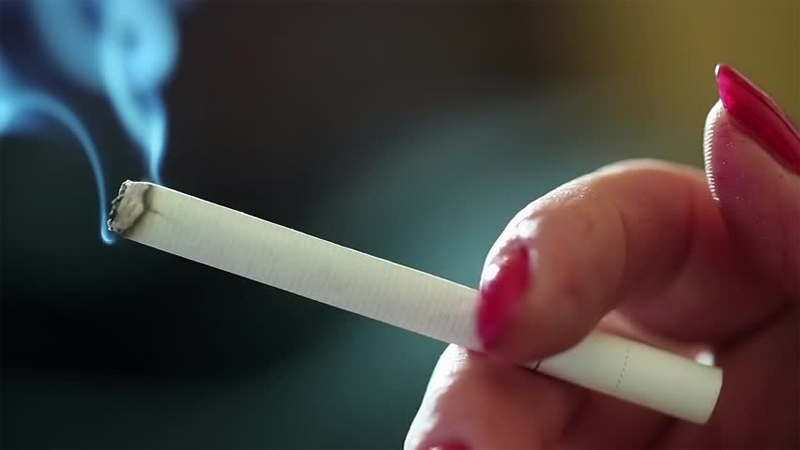 Now let me begin this piece with a disclaimer: Smoking is injurious to health. There is a mountain’s height worth of research on this subject and my article in no way is trying to negate the bad effects of cigarettes on health.

But that said, there is a huge population in Pakistan that smokes and at least 5.7% of the smokers in our country are women (according to Demographic Health Survey). However, based on my exposure I am pretty sure that this figure does not rightly represent the number of female smokers we have in Pakistan as majority of women do not come out in the open owing to the shame culture in our society.

Now after Mahira Khan’s images with a cigarette in her hand went viral, it has given space for fellow Pakistani women to be a little more expressive about their habit of smoking or for that matter the struggles they face everyday due to the taboo attached to it.

Also Read: Beyond Ideas of Wrong Doing and Right Doing

But before they gather the courage to do so (and I hope they do), here is an account of troubles I have seen my female peers go through for smoking; something that us men have the liberty to fancy without triggering any social debate.

4. If She Smokes, She Must be Godless

“Oh she smokes! Is she even a Muslim anymore?” “She has no fear of God!” This triggers the Sahir Lodhi in me every single time!

I mean WHO!! My query is how long would it take for us to understand that smoking has nothing to do with piety and that regardless of gender, anyone can smoke and be a practising Muslim at the same time.

So, next time you hear someone passing such bizarre comments, do remember to put them back in their place.

3. Dilemma of Smoking in Public Places

Most of the times I see my female colleagues taking a drag in a secluded place. Many manipulate this act to feed their argument that they hide because they know its a sin.

But God forbid if any woman dares to do so in a public place, she is literally patronized by men and somehow ends up attracting more attention than an uncivil bunch of young boys smoking in a no-smoking area would get.

I mean what does the world want? Why are the haters so confused and can’t they just let these beautiful creatures live as they want to? Now I know how Devdas would have felt!

If hypocrisy of such a level can infuriate a third person like me, just put yourself in these women’s shoes and imagine what they go through everyday just to fancy a trivial puff of a cigarette. Isn’t this unfair at so many levels?

2. Pointing Fingers at Her Character

One of the reasons why women prefer “doing the deed” in a less crowded place; every time we see chromosome two X indulging in a hideous act like smoking we not only deem their characters to be flawed but also take it upon ourselves to aware the world of this demon who plagues our society.

On the other hand, we find it classy when the very same cigarette is lit between the fingers of a man or we justify it by saying that honey, they need nicotine to work extra hours. What makes man look hardworking and dedicated, calls for the character assassination if a woman does it.

Ever wonder how these slanderous attacks can lead to consequences that might haunt this woman her whole live. The prospects of not getting marriage proposals alone would be enough for this woman to get shackled by societal pressures and bigotry that remains deep seated in our worldview.

To put it aptly and precise:

What disturbed me the most is the fact that women themselves judge their own for a habit like smoking. I know this might sound cliched but, “women are women’s worst enemies.”

Instead of sticking together and standing up for their gender, they are usually the ones who defame other women and tarnish their reputation for being addicted to nicotine. While this may provoke always-blame-woman-in-the-end debate, all I want to say is that if you don’t respect the freedom of your own, you can’t expect others to do so.

“Dear Women, please be kind to each other and instead of straitjacketing the gender roles, challenge them!”, from a man who does the same.

May the struggles of a woman who smokes in Pakistan come to an end! 🙂