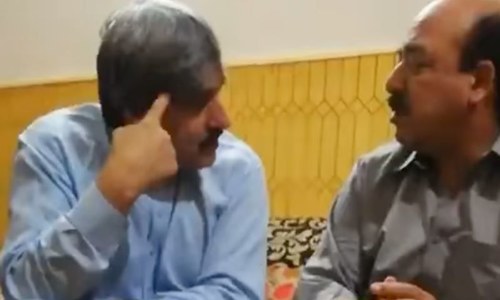 In an explosive news conference in July, Maryam Nawaz had shown a video of Judge Arshad Malik to the press in which he was seen confessing to a friend, Nasir Butt that he had given the judgement against Nawaz Sharif in the Al-Azizia reference under duress from blackmailers.

When asked to explain his position to the Islamabad High Court following the video leak, in his affidavit, Judge Arshad Malik had claimed that he had been blackmailed by PML-N supporters owing to an “immoral video” of his that they possessed. He had also admitted to having met Nawaz Sharif at Jati Umra and his son, Hussain Nawaz in Saudi Arabia.

Contrary to what most PML-N supporters had hoped for, the Supreme Court, in its verdict stated that PML-N can only take advantage of the leaked video if:

An Inquiry Can be Launched Against All Involved

The verdict gives a green signal to the Federal Investigation Agency (FIA) to undertake inquiries against all involved as per its discretion.

This could result in a new round of litigation against Maryam Nawaz and the senior leadership of PML-N.

The Islamabad High Court repatriated Malik to his parent department, the Lahore High Court (LHC) on Thursday in anticipation of today’s verdict.

His transfer to LHC is part of the protocol to initiate a disciplinary inquiry against him.