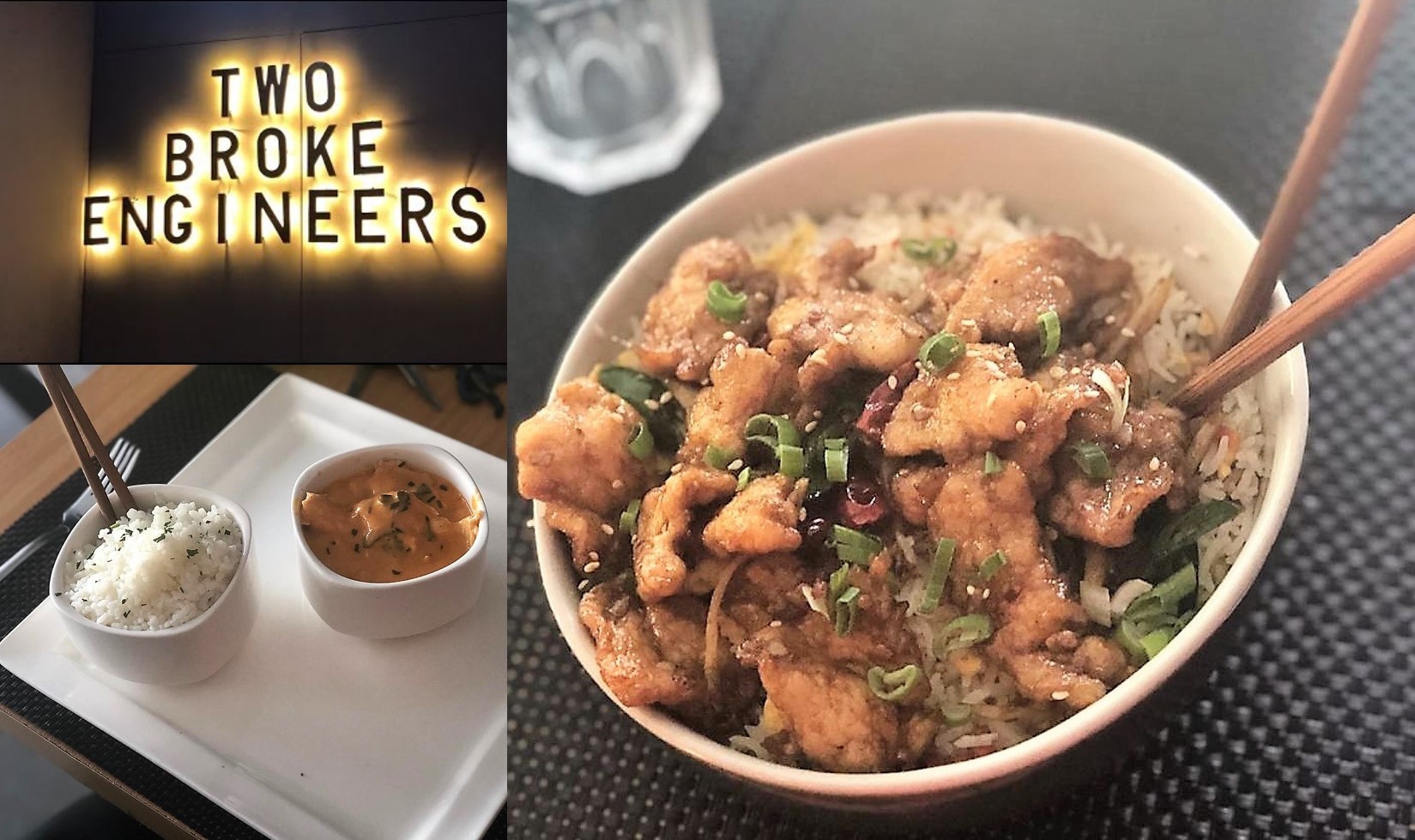 Without much research and completely unaware of the restaurant’s menu, my family and I climbed up to the first floor of the plaza opposite Saeed Book Bank in F-7 Markaz in Islamabad to explore the curiously named, Two Broke Engineers.

Upon stepping in, the first thing that caught my attention was the restaurant’s appearance, which literally lived up to the word “broke” in its name. Scarcely adorned, the yellow velvet sofa placed immediately to the left, next to the entrance, where we decided to sit, was embellished with old food stains. The floor was not particularly dirty, but it could certainly benefit from better maintenance and perhaps some floor polish. The blue walls were quite pleasant on the eyes but – yes, I’m sorry, there is a BUT – the paint job seemed clumsy in places and a second coat might actually do wonders to improve the ambiance.

Read: American Steak House In Islamabad Should Either Improve Its Food Or Call It A Day

However, the borderline shabbiness of the interiors was not going to dampen our spirits. We were there to eat and it would have been a colossal injustice to walk out simply because the snob in me was unhappy with the cosmetic appearance of the restaurant.

Requesting the menu right away, we hungrily began exploring what Two Broke Engineers had to offer. As it turned out, the menu was a combination of Thai, Chinese and European cuisines.

We were once again met with disappointment when the server shared that while dumplings were mentioned in the menu, they were not yet available in stock. Similarly, there were no soda-free options and fresh juices either. “We do serve orange juice, but not until 2:00 PM,” informed the server when we quizzed him about healthier beverages that we could order for our toddler.

By this time, my husband and I were toying with the idea of finding another place to eat but we were hungry and still wanted to try their food so we requested the server to guide us about the available items to help us decide our order. We finally finalized, a serving of Fish n Chips for our son, my husband ordered Red Thai Curry while I opted for Chicken Chilli Dry with a side of Fried Rice.

After a lukewarm initial experience, we were skeptical about the food that was about to be served. However, we were in for a pleasant surprise after the first mouthful. The fish was very well marinated; the Thai Red Curry was quite alright and the Dry Chicken Chilli was among the best I’ve tasted recently.

To cut a long story short, Two Broke Engineers has a chef who knows what s/he is doing but perhaps, it is the owners of the restaurant who are still trying to understand the tricks of the trade they’ve ventured into. It might prove useful for the “broke engineers” to be present at their restaurant, at least during its first 12 months to engage with the customers and receive a firsthand understanding of their eatery’s deficiencies. This would not just improve the service but will also help build a loyal clientele in the long run.