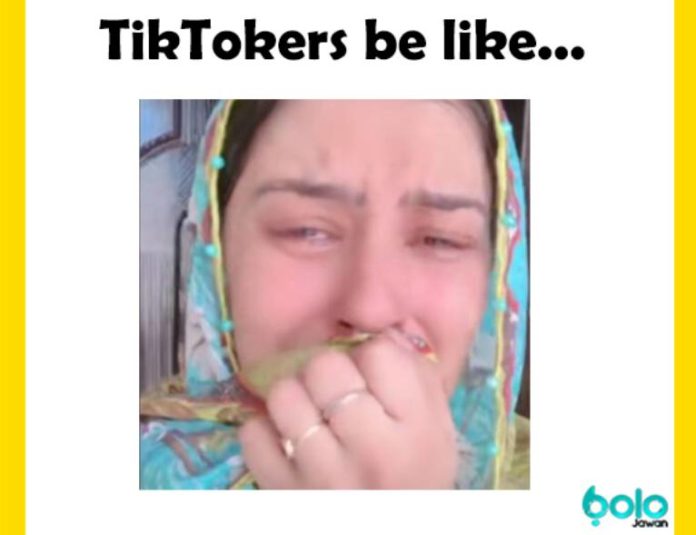 The ban on TikTok always remains in the talks because for some reason it doesn’t sit well with boomers. Maybe because there are no family groups (like the ones on WhatsApp) where they can forward messages all day.

Now TikTok, that has 20 million active users in Pakistan has been banned, and people are actually furious.

The Senate committee on Monday also asked the PTA to provide detail of the rules under which TikTok had been blocked. The officials informed that the ban was not a “permanent” feature and could be overturned once the management of the application assured the government that they would abide by the laws of Pakistan.

While TikTokers mourn the ban, the meme factories are having a ball rolling out hilarious memes!

1. Okay, Twitter’s lovin’ the cringe free Tls that we can have for a few days!

2. But TikTokers are lost… literally!

3. Where’s the prime minister of TikTok now? Your people need you!

4. Ahh when you can’t access it even using a VPN!

5. All the plans gone down the drain…

6. Party for YouTubers and memers tho!

7. While TikTokers thinking about the million followers they had just reached!

9. And there were plenty of Jannat Mirza jokes…

Also Read: You Might Think That We’re Hallucinating But Kashif Khan Is The New Prime Minister Of TikTok

10. …who had just reached 10 million followers but damn.

12. Let’s just chill on the YouTube for now then.

13. The most heartbreaking heartbreak in the history of heartbreaks! 🙁

Have some more memes on TikTok ban to add to this story? Share in the comments below!