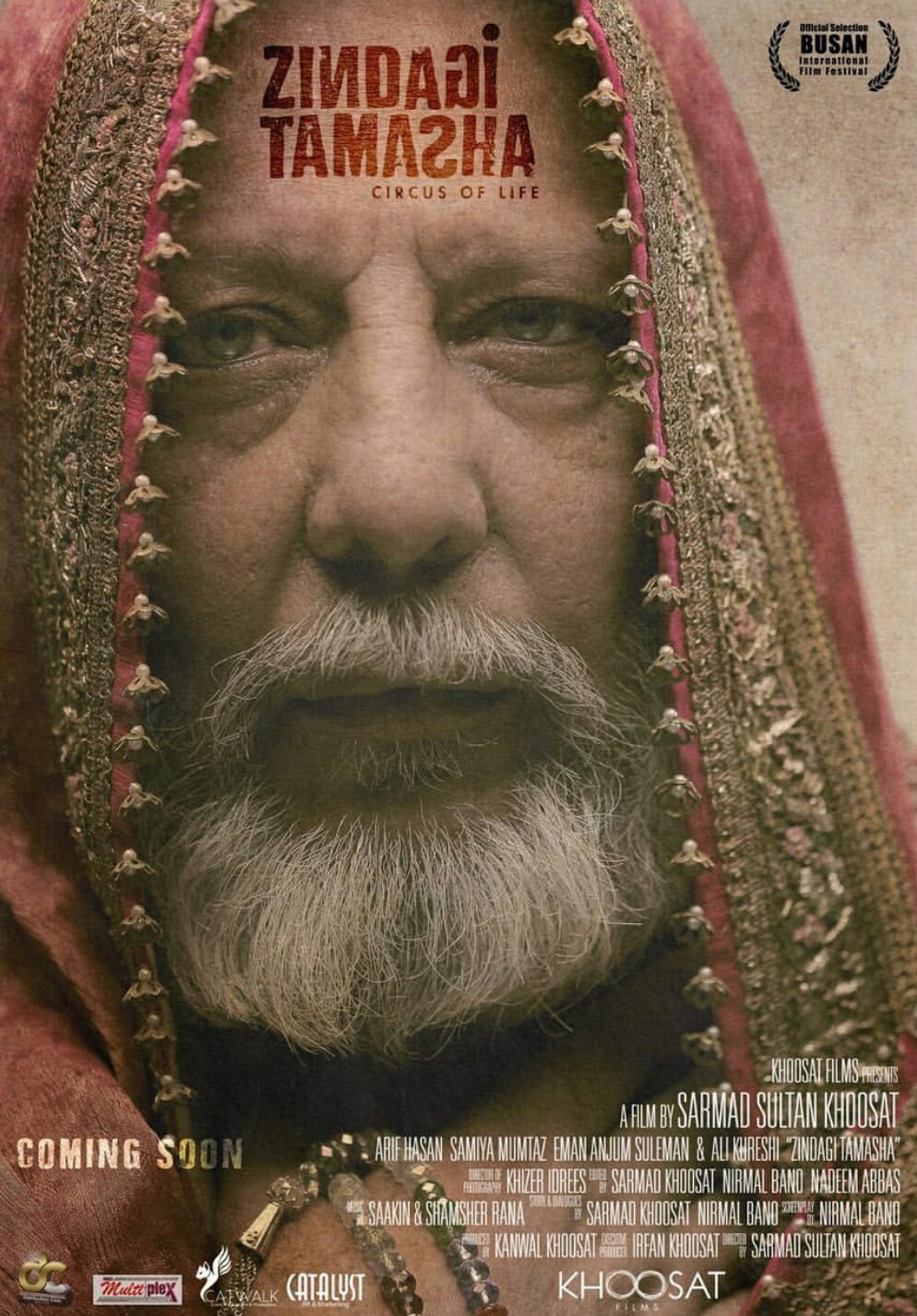 Zindagi Tamasha, a film by Sarmad Khoosat depicts a dark reality of Pakistani society where people do not forgive you for matters that are between you and God.

The trailer opens with a Naat Khwan Rahat Khawaja asking for an apology after his private video is somehow leaked.

The Naat Khwan played by Arif Hassan find himself in grave trouble as the society shuns him and even his own family is ashamed by his behavior.

“The topic of the film is sensitive but I have spoken the truth and one doesn’t fear when speaking the truth.”

The trailer shows that how we as a society are quick to judge others and present ourselves as self-righteous.

“The films talks about tolerance, extremism…and age shaming that a person of certain can’t do certain things.”

The trailer in the end shows that the film will touch upon the rarely talked about issue of blasphemy in Pakistan.

Zindagi Tamasha is directed and co-produced by Sarmad, along with his sister, Kanwal Khoosat under Khoosat films. It is written by Nirmal Bano, a young graduate from National College of Arts (NCA).

The trailer was released at a press conference in Lahore.

Zindagi Tamasha is a bilingual with most of the film in Punjabi. It will be released in Pakistan in January 2020. The film will be first released in South Korea this month at the Busan International Film Festival.

Read: Pakistani Celebs Are Boycotting Lux Style Awards 2019 For Including A Nominee Who’s Been Accused Of Sexual Misconduct & More Power To These Brave Souls!

It is Sarmad Khoosat’s second film after Manto .