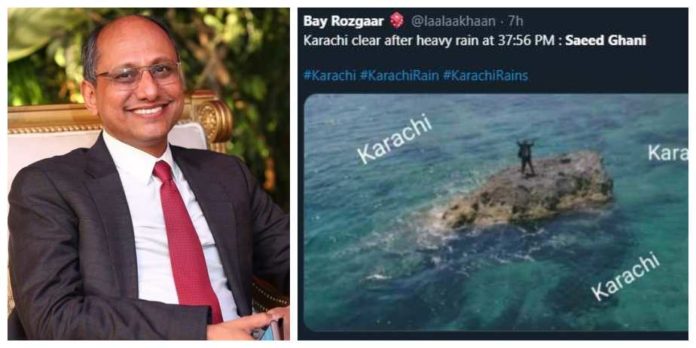 This monsoon season, heavy torrential rains have found their way to Karachi leaving the city of lights almost entirely submerged.

And while the Pakistani internet is breaking with devastating visuals of the inundated city posted by Karachiites, Sindh’s Provincial Minister for Labour and Education, Saeed Ghani has been driving around posting videos of the areas clear of rainwater.

Twitterati, on the other hand have been super pissed at Saeed Ghani for this insensitive behavior & have turned to memes to express their frustration!

1. We need Kokilaben to solve this mystery!

4. Who knew one spell of torrential rains would turn Karachi into Bali…

6. If you’ve been wondering how Saeed Ghani has been “driving around,” I guess there’s no answer more plausible than this one!

8. His teachers taught him to be positive in every situation… not his fault!

Also Read: Guys, Chill Out! Manghopir Crocodiles Have Not Escaped The Shrine After Heavy Rains

9. Look at the bright side guys, at least one Karachiite seems to be enjoying the rains this monsoon season!

15. That’s exactly how he’s been rolling just to give live updates.

Share your favourite Saeed Ghani memes in the comments below!