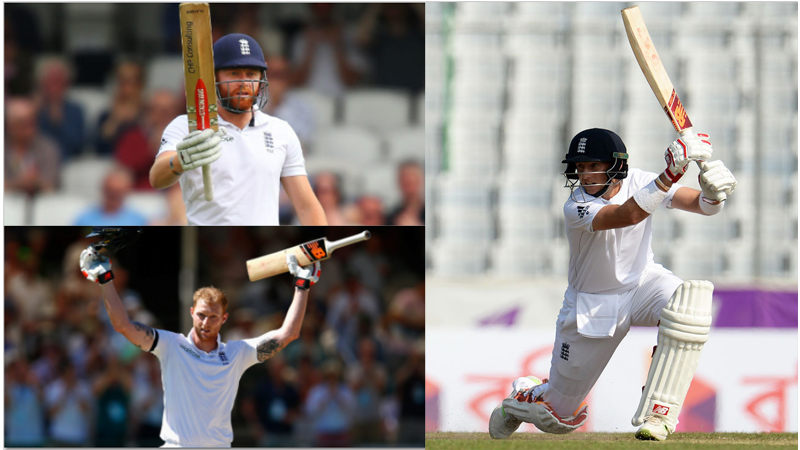 Pakistan will depend heavily on their pace bowlers to provide them with crucial breakthroughs during the upcoming series against England. However, it is interesting to note that England’s upper order batsmen including Alastair Cook, Mark Stoneman and James Vince have struggled for most part during the recent past and that their middle and lower order batsmen pose the real threat that the men in green must overcome. Pakistan must dismiss early these 3 English batsmen to fetch favorable results.

Arguably the best all-rounder in modern cricket, Ben Stokes is bound to make the green shirts pay if they don’t get rid of him early. Stokes owing to the nightclub incident finds himself in the middle of an unwanted controversy however, he seemed determined in New Zealand to make a comeback in the news for all the right reasons.

Capable of maintaining a decent strike rate even when playing in the longest version of the game, Stokes prize wicket is what Pakistani pacers will definitely eye when they enter the field next month.

English captain Joe Root is arguably the best English batsman and hence, he will be dangerous in home conditions. Pakistani pacers not only need to dismiss Root early to allow them a better chance in the series but also because they would want to demoralize the opposition by putting their skipper under pressure from the word go.

England’s wicket-keeper JM Bairstow proved his worth more than once during the recently completed English tours to Australia and New Zealand. The 28 year old is a handy lower-order batsman who is pretty capable of taking the game away from the opposition and therefore, Pakistani think tank can neither afford to take him lightly nor look to succeed without claiming his wicket early.