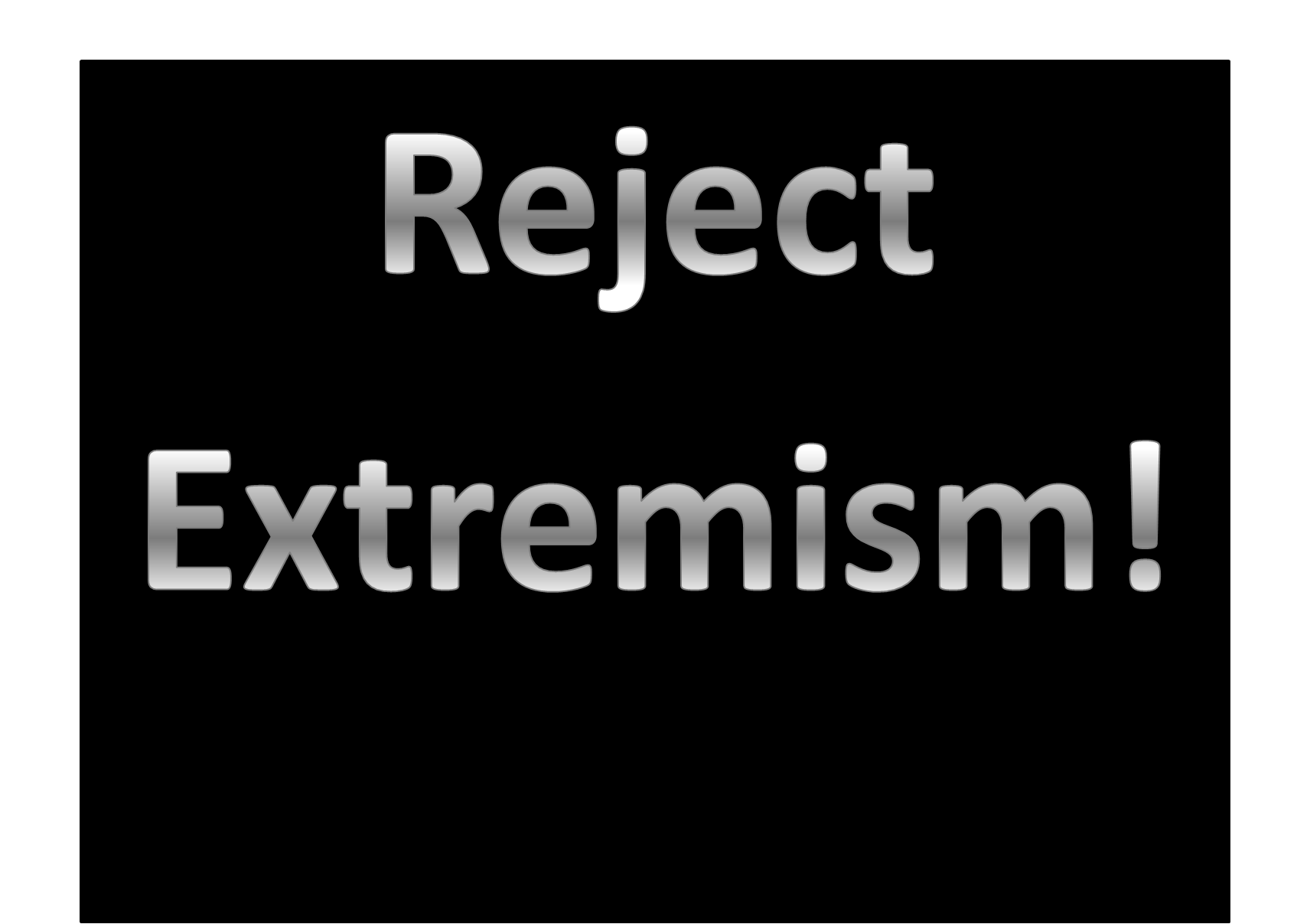 Post 9/11 the world has become a different place and it is unfortunate that today we neither need to define extremism nor explain to a global citizen the significance of the topic. We are all well aware of the threat that the wave of extremism can pose to a given society but do we really understand how we can stay away from it and how we can protect our future generations?

I have had the experience of conducting a small exercise during a Pakistan Youth Change Change Advocates’ (PYCA’s) advocacy campaign where I would ask the students to pen down 5-7 personality traits that they believed had the potential of leading an individual and thus, a society towards extremism.

I have seen a number of people over the years who unconsciously adopted extremist views in an effort to counter extremism! Therefore, I had designed the exercise hoping that the students would be able to understand why it was important to be aware of the monster that lies within and not become one while fighting with it!

Here is a list of seven personality traits that almost all the students associated with an extremist and from which we all need to protect ourselves and our future generations.

Whether you believe in a religion or not it is just very obvious that a human being on the planet with an average life span of 60-70 years cannot control everything and that there is a certain code of ethics that needs to be followed in order to maintain sanity. However, a person with an extremist mind set struggles to understand this and can end up wanting control over other peoples’ views, desires, happiness, honor, livelihoods and in short lives!

Generally, in the process an extremist ends up defying the norms of the very ideology that he/she intends to propagate.

Ideologies are meant to bring about social order and thus, create an environment where individuals are able to co-exist peacefully. Obviously, in the absence of peace neither prosperity nor development is possible.

However, listen carefully to an extremist and it won’t take you long to figure out how everything he/she says is based on hatred, envy and arrogance.

The Conquest of Makkah and Nelson Mandela’s story in South Africa are an evidence of why there is a need for humankind to forgive one another and why vengeance is an overrated phenomenon.

Still, “REVENGE” is what a typical extremist will always advocate for!

This might not be true in all cases but a lot of times it is limited world views and lack of interaction that result in tilting an individual’s views towards extremism.

For example, in a country like UAE (where foreign residents belonging to over 100 countries routinely live and interact together), the people have learnt the art of looking beyond political differences and finding common ground to co-exist not just peacefully but happily. So, no matter what the situation between Pakistan and India might be on the political front, we find citizens belonging to both the countries sharing their lives, on foreign soil simply because they have had an opportunity to venture beyond their echo chambers and interact with each other. Years of interaction have allowed them to view things in a broader manner and thus, they get along well even when back home the countries that they come from are at loggerheads.

There is so much similar between human beings which allows us to unite as a race. Yet an extremist mindset will almost always focus on what is different and why differences should be eliminated rather than celebrated!

No one is born with a negative mindset and it is unfortunate that circumstances (e.g. poverty, injustice etc.) can lead a person towards self-pity and thus, resentment against certain communities or systems.

I feel extremely sorry while writing this but world-wide a lot of good people end up behaving like extremists only because such behavior allows them to channelize the resentment that they have in them.

It is only obvious that a person with a negative thought process ultimately begins to show signs of narcissistic behavior and hence, lacks empathy and the ability to respects other people’ views and rights.

I believe that none of what is written above is difficult to understand and relate to. Perhaps, most of us even display some of these personality traits. It is for this reason that all of us really need to know the monster that lies with in!