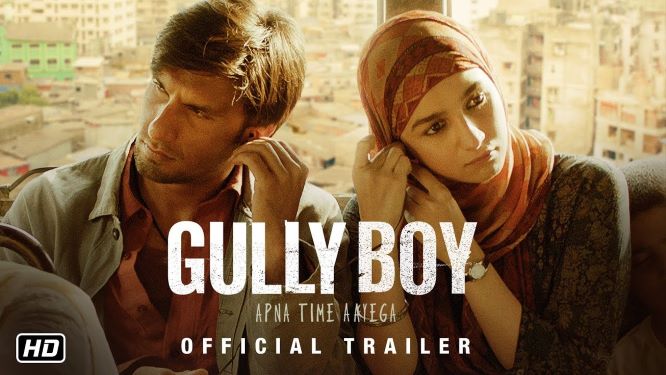 Zoya Akhtar is an exceptional director with a knack for telling the most unconventional stories without compromising on the entertainment value. If Zoya had come of age with Zindagi Na Milegi Dobara, she has certainly entered the so-called big boys’ league with Gully Boys.

Inspired from a true story, Gully Boy traces the journey of Murad from a small time rapper to a pan-India sensation.

Zoya and Reema Kagti have put together a tightly wrapped story with enough layers to keep the audience engaged. While the film hinges on Murad’s drive to prevail as a rapper, it does so while giving ample screen space to the poverty surrounding him. He is gifted, yes, but more than anything else – even more than his knack for rap and poetry – Murad is driven by the urgency to find freedom from the impoverishment that he has grown up in.

Ranveer Singh as the titular Murad is alive on-screen with his signature enthusiasm. However, there is a certain restraint that Murad demands and when required, Ranveer readily calms his toddler-like spirit to allow his character to feel and behave independently.

Read: Film Review: I Saw Simmba And I Want My Money BACK!

Alia Bhatt and Kalki Koechlin do complete justice to their characters in the limited screen time that they are handed. One does wish the women had greater presence, however Zoya has ensured that the female characters do not end-up as mere[wp-review id=”Gully Boy”] eye candy and leave a lasting impression on the audience.

On the whole, Gully Boy is a good watch, both entertaining and hard-hitting; honest in its portrayal but never brash.