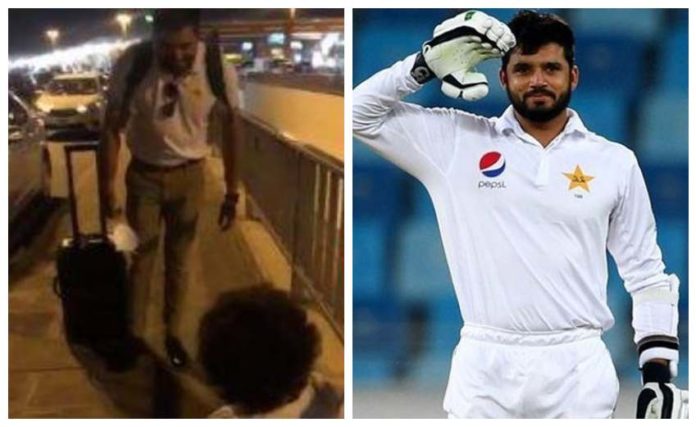 Pakistan cricket team returned home from England after over two months away from the homeland during which they played three Tests and three T20Is.

The Test captain of the national team, Azhar Ali, took to Twitter and shared an adorable video of him meeting his son after a really long time as he arrived home on Wednesday night.

As the 35-year-old walked out of the airport, his son was waiting outside who initially didn’t recognize his father because he was wearing a mask.

Also Read: Saqlain Mushtaq Is Looking Super Dope After Getting A Makeover From His Daughter!

The skipper then removed his mask revealing his face and his son, Ibtisam, hugged his father.

“So nice to be back with family after over 2 months missed them a lot…,” Azhar Ali captioned the video.

People are loving this cute moment of the father son reunion.

Fans also admired the players for the sacrifice of being away from their families which indeed is the most difficult part.

Aren’t you in tears too?

What are your thoughts on this cute video of Azhar Ali meeting his son? Share in the comments below!

At least 2 Changes Likely During The First #PakvsEng T20