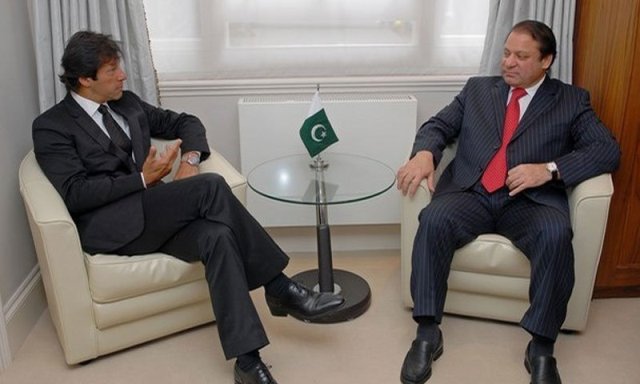 A crisis has been averted, and lives have been saved. The much anticipated lock-down of Islamabad by PTI was called off following the interim order of the Supreme Court and the party celebrated the day by holding a procession at the Parade Ground.  So whose victory was it? While both PML-N and PTI leaders might choose to gloat over their own respective narratives it was a loss for Pakistan. The showdown that transpired on the Islamabad-Peshawar motorway for hours was despicable and both the state and opposition parties are at fault.

While much has been said about the police brutality and blatant use of force and unlawful detentions, the government did violate the civil liberties of its own citizens by restricting their free movements and arresting workers from their homes. Moreover, the raid on PTI workers’ convention was uncalled for as the event was held inside a marquee and thus, did not violate section 144. It should also be noted that Article 16 of the Constitution of Pakistan grants the citizens the right to assemble peacefully without arms. This constitutional right of the citizens was violated by the very state that is responsible to ensure that these rights are protected.

On the other hand the leadership of PTI, it seems cannot think through with its plans and often backtracks from the commitments made to its supporters. In fact the last couple of months have seen PTI on a statement-making-and-backtracking spree. This indecisiveness started with picking 24th September as the date for the Raiwind March and later changing it to 30th September. The same was repeated when 31st October was announced as the date for Islamabad lock-down and then it was moved to 2nd November. While this may seem insignificant it indicates that perhaps decisions are made hastily without a clear road-map in mind. There is no denying that all the political parties have the right to peacefully protest and hold public rallies, however the proclamations for closing roads and shutting down the capital were undemocratic and indicate an anarchic path.

This political turmoil could have been prevented and the opposition would not have resorted to agitation if the parliament was empowered in its true spirit. However, taking heed of the weak dynamics of Pakistan’s Parliament, the Supreme Court has stepped in to address the grievances (submitted in the form of petitions) of the opposition parties to investigate the Panama scandal. As the investigation proceeds and terms of the Judicial Commission are  chalked out, it is hoped that both the government and  opposition will put their faith and fate in the Commission’s final decision and will wholeheartedly accept whatever verdict is passed. The government on its end needs to ensure that it fully cooperates with the investigation, otherwise the show in all likability will return to the streets and perhaps this time even the Supreme Court would not be able to act as a savior.

Finally, while analyzing all that went wrong in the last few months leading the country to the brink of a civil conflict, the role of media also needs to be scrutinized. From the word go mainstream media has been sensationalizing even the most insignificant statements made by members of the government and opposition. What is especially disturbing is media’s reaction to PTI’s announcement to call-off Mission Lock-down. There is a visible frustration in the media following the amicable resolution as it simply is not good for TRP. There is an urgent need for the the media houses to take stock of the bigger picture. The tear gassing, baton charging, abundance of containers, recovered bottles of “honey” all make a great package to keep the masses glued to their television sets. However, all this chaos while maybe good for the business and for keeping the tickers running, has an adverse impact on the economy at large.

The politicians, judiciary and the media need to play their roles to steer the country towards stability rather than driving it towards an irreversible internal rift. Without a stable Pakistan, there will be neither politics nor business.