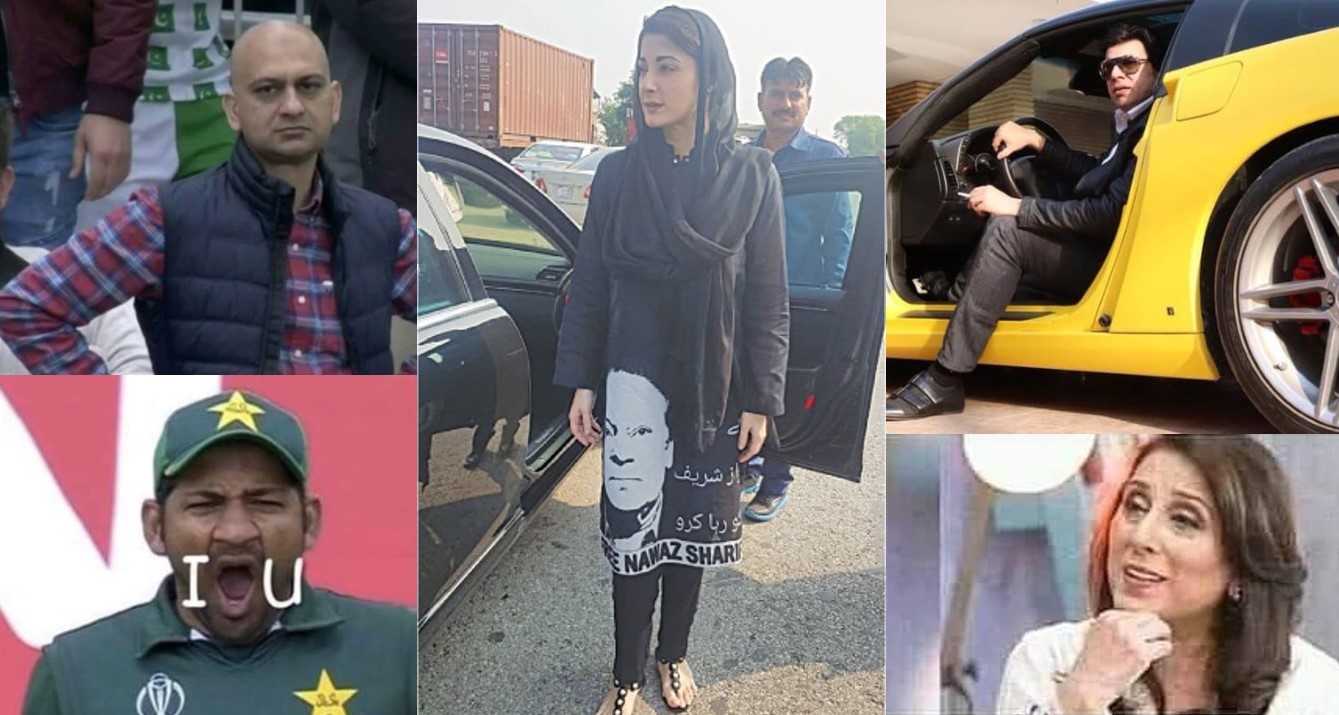 1. This 2019 round-up of Pakistani memes cannot begin without the angry cricket fan who was basically every one of us grandly upset with the team’s performance this year!

2. But he was not the only Pakistan cricket fan who went viral this year. There was of course the aik-dum-se-halat-badal-diye dude who had the entire nation in splits!

3. Pakistanis had a hard time getting over kaptaan Sarfraz Ahmed’s gigantic yawn in the middle of a World Cup match.

4. It seems a big chunk of part of Pakistani memes in 2019 were about coping with cricketing disappointments.

5. The cabinet reshuffle in April saw Fawad Chaudhry becoming the Minister for Science & Technology and Pakistani Twitter could not get over it for weeks!

Read: Imran Khan’s Meeting With Donald Trump Is Attracting All Sorts Of Memes!

And while Khan was busy wooing international leaders, Faisal Vawda was raising eye brows with his corny style statements all year!

…Then there was his infamous photo shoot at the LoC in Feburary when tensions with India were at an all time high!

8. But Pakistanis didn’t just have problem with PTI ministers and their outlandish fashion statements. Maryam Nawaz’s #FreeNawazSharif kurta became the butt of many joke as well!

10. Karachites made light of their misery by posting hilarious memes about the havoc that were the Monsoon rains in 2019.

12. The Royal Visit in October was a meme-maker’s goldmine!

14. Anarkali memes quite literally ruled the Pakistani meme game for most part of the year!

15. With so much going haywire otherwise, Mere Paas Tum Ho memes kept the Pakistani morale high during the last quarter of 2019.

18. Yasir Hussain kissing Iqra Aziz after their very public engagement announcement invited a flood of memes by Pakistani jest-makers in 2019.

21. Of course, Sunny Deol himself was grandly memeified by Pakistanis after his appearance at the Kartarpur Corridor inauguration.

Did we miss any viral Pakistani memes from 2019? Share them with us in the comments below!