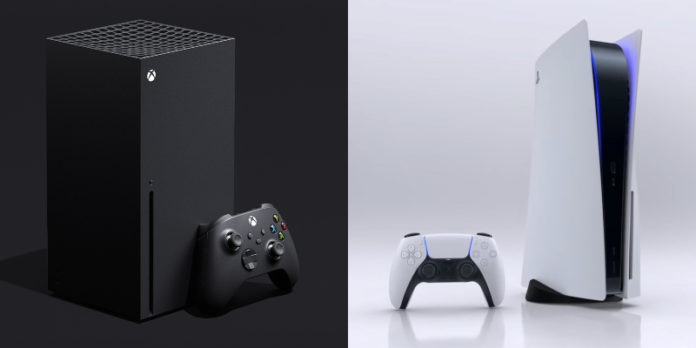 PlayStation or Xbox, buying a console is no longer a purchase-it’s an investment, with both consoles costing more than 500 USD causing the gamers to buy one or the other. We will be guiding you through the Pros and Cons of both the consoles and in the end, it’s in your hands to pick which console do you prefer.

Let’s start with the PlayStation 5;

PLAYSTATION 5: A BEAST IN SIZE AND PERFORMANCE

By beast in size we actually mean a BEAST, this year Sony decided to go all out on the aesthetic of the console. Where previously consoles were supposed to be a rectangular box, the next-gen consoles don’t seem to be that way anymore with the console being way taller than any other PlayStation console. With size, the PlayStation 5 brings speed, with the console being 3 times faster than every console that ever existed before it.

The new user interface is clean and very easy to navigate through. Switching between games is an absolute pleasure, you no longer need to close the previous game to launch the next. You can simply jump between them and the game resumes where you left off.

The new Dual-Sense controller is just out of this world, it is way ahead of its time. With the new Haptic Feedback feature, games feel like real life with controllers reacting differently with every environment. If you’re swimming in a video game you’ll feel the tension that water creates when you swim in real life.

Take Quiz: These 7 Questions Will Reveal Which Decade Do You Belong To

The Xbox Series X has a whopping 12 teraflops while its rival PlayStation 5 has around 10 meaning that 1.72 remaining teraflops could end up featuring better graphics. The more flops mean the more frames per second and higher resolutions a GPU can provide.

The Xbox Series X has a backwards compatibility of titles aging way back to the first-ever Xbox giving the Series X a much larger Game Library than the PlayStation. You can play games like Grand Theft Auto: Vice City with the new Xbox Series X to relive those beautiful childhood memories.

Let us know what you will be buying this New Year in the comments section below;

Here Is Everything We Know About The Upcoming Windows 11

5 Things You Need To Know About Fearless and United Guards Mobile Game A.K.A. FAU-G