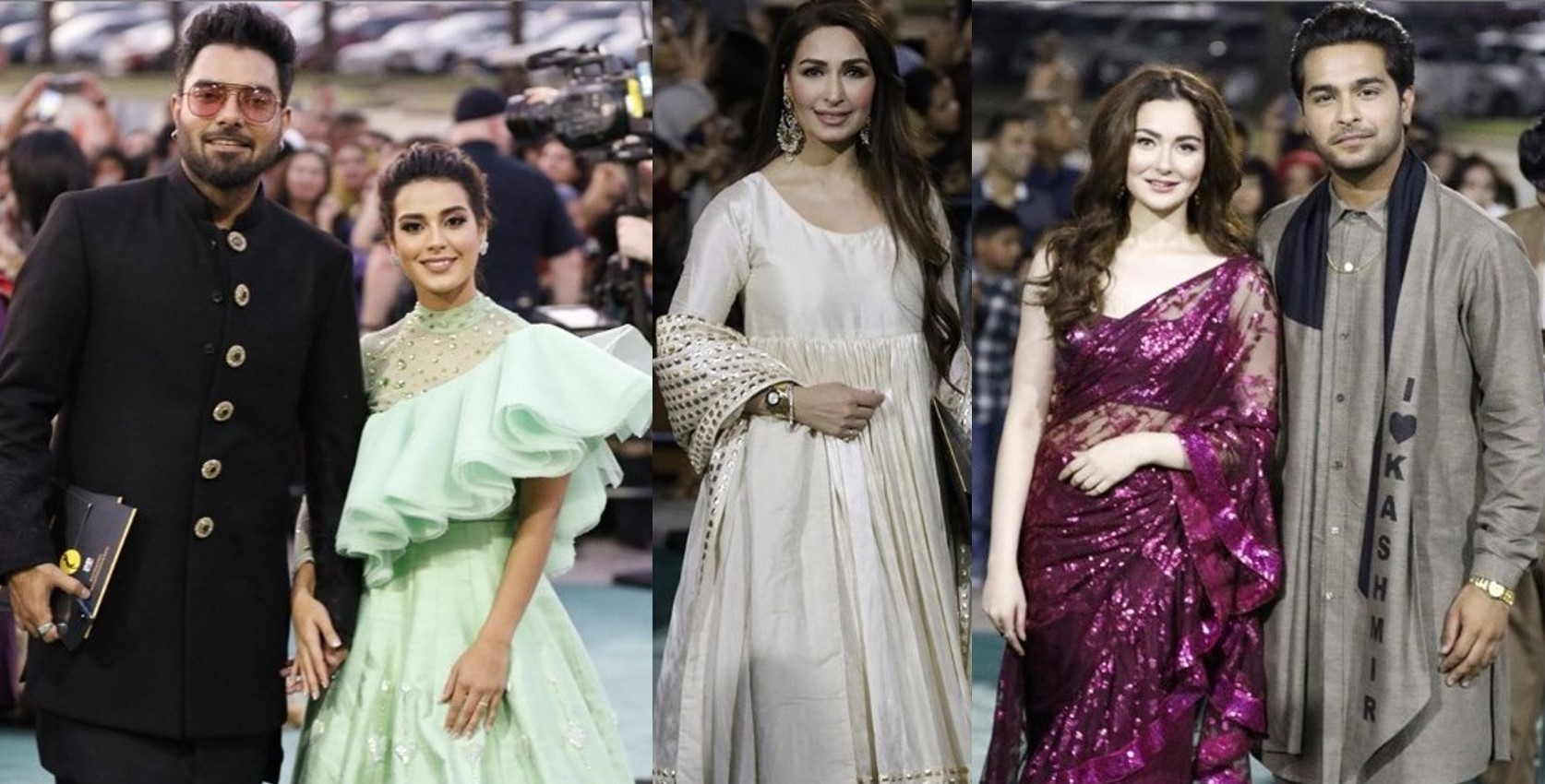 The star studded affair was attended by the who’s who of the Pakistani entertainment industry, stirring up quite a frenzy among the desi population in the United States.

With an event so high profile, of course all the celebrities wanted to look their best for the shutterbugs. And while most Pakistani stars did shine bright at the Hum Awards 2019 red carpet, some fell way off the mark.

Let’s start with Reema who looked absolutely beautiful in off-white eastern wear. This veteran actress certainly knows how to look breathtakingly elegant in the simplest of outfits.

Mawra Hocane, too opted for an eastern look. Her sea-green, sleeveless choli-lehanga was definitely one of the best ensembles at the award show this year.

We believe green was the colour of the event! #mawrahocane arrived at #7thhumawards2019 #houston #mawra #pakistanistreetstyle #celebrity #awards

Sarah Khan was quite a head-turner in this stunning off-white cross between a pishwas and lehanga!

Hajra Yamin’s shot at this eastern-western fusion attire could have gone either way but kudos to the rising star for carrying the entire look like a pro!

While most celebrities stuck to eastern looks, Ayesha Omar looked chic in this red evening gown.

As much as we love her, Sanam Jang’s blue and silver gown was a major downer.

Although always a favourite on the red carpet, Iqra Aziz made a fashion faux pas this time with this sea green gown. Fiancé, Yasir Hussain too, failed to impress with his sherwani, which made him look older – not wiser – than his years.

What do you think about our list of the best and worst dressed celebrities at this year’s Hum Awards? Share your views in the comments below.