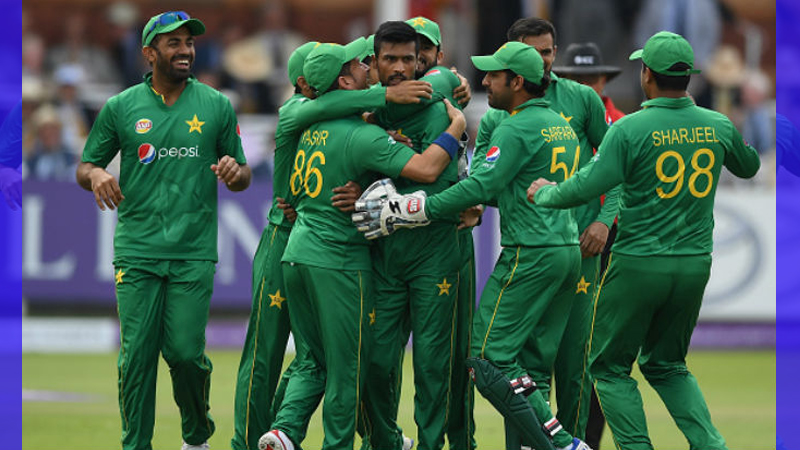 Zimbabwe is all set to host Australia and Pakistan for a T20 tri-series the opening game of which is scheduled to be played tomorrow between the home team and the men in green. So, here is a look at Pakistan’s likely playing XI against Zimbabwe for the first game in Harare.

In absence of Babar Azam who is injured and Ahmed Shehzad who is reported to be involved in a doping controversy, Pakistan is likely to ask Mohd. Hafeez to open with Fakhar Zaman. Skipper Sarfaraz Ahmed in one of his interviews has already indicated towards the development.

Needless, to say Mohd. Hafeez would need to be on his A-game to ensure his place in the side for future tours.

Read: 4 Series Pakistan Needs To Win Before The ICC World Cup in 2019

Other things remaining the same Pakistan is likely to stick with Hussain Talat, Sarfaraz Ahmed, Shoaib Malik and Asif Ali at number 3,4,5 and 6 positions respectively. Asif Ali in particular, needs to deliver during the series to keep his place in the T20 side.

Read: 3 Reasons Why Australia’s Poor Run in England is Good News for Pakistan

All-rounders Shadab Khan, Faheem Ashraf and Mohd. Nawaz too are likely to feature in the lower order. In absence of the injured ImadWasim, the series then provides an ideal opportunity to Mohd. Nawaz to consolidate his position in the T20 squad.

Pakistan are likely to induct fast bowlers Hasan Ali and Mohd. Amir down the order unless of course, they decide to rest either one of them in which case Usman Shinwari or Shaheen Afridi are likely to play instead.

Read: This Is What Pakistan’s Likely Playing XI Against Ireland Looks Like!