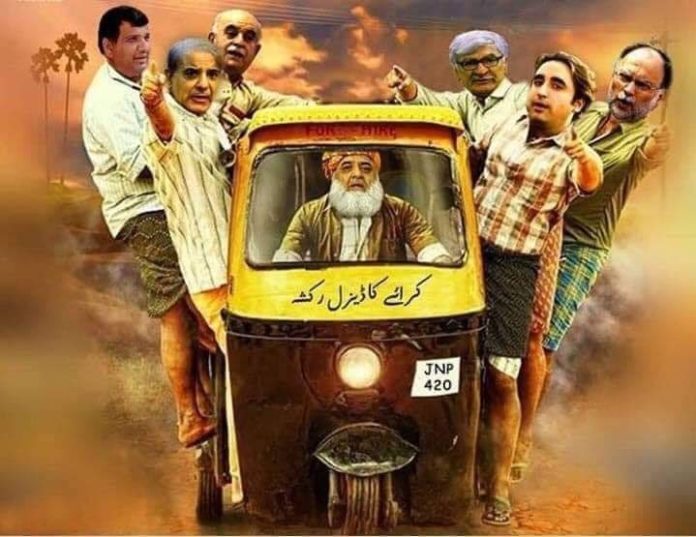 The Pakistan Democratic Movement, better known as PDM is all over the show with preps for the Gujranwala Jalsa in full swing.

But the meme factories have taken the lead and man hilarious stuff!

1. Some BTS that you might not had a chance to see!

3. Jic the roads are blocked, here’s plan B.

4. That’s how we’re gonna party in front of our TV screens.

Also Read: Talal Chaudhry Got Injured For “Tanzeem Sazi” Late At Night & The Memes Are

5. Oooops the flashback is spot on!

8. Instructions straight from the PM!

9. Don’t worry if you don’t have an invitation! We’ve one for you!

Have some more PDM jalsa memes to add to this story? Share in the comments below!