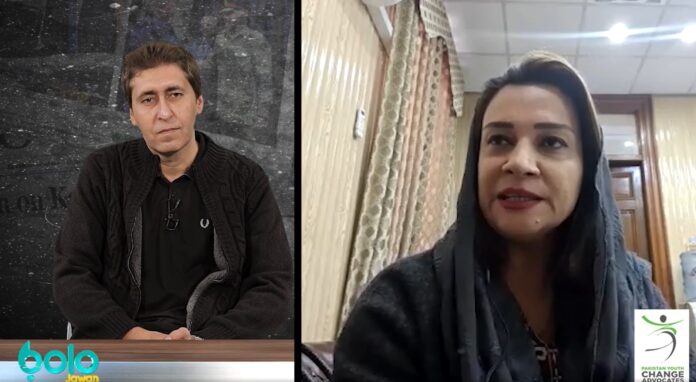 We were eager to learn about the importance of the KP Domestic Violence Against Women (Prevention and Protection) Act, 2021 and the protection it offers to women.

Ayesha jee called this Domestic Violence Bill another feather in the cap for the PTI government since this particular piece of legislation had been pending for decades. The reason for its delay was the lack of understanding among people, including the parliamentarians, about the significance of such a law. “People thought domestic violence is only about disputes between a husband and wife. The reality is that this law protects every woman and girl irrespective of whether she is a wife, mother, daughter, aunt, or sister. It protects all women.”

Ayesha jee also underscored that domestic violence could not merely be defined as physical abuse. “Domestic violence entails economic, sexual, emotional, and most importantly it is depriving a person of their basic rights.”

Speaking about the stakeholders involved to protect women, Ayesha Bano informed that under the umbrella of this law District Protection Committees would be formed.

The key members of the committees will include the Deputy Commissioner of the respective district and the Chairperson of the District Commission on the Status of Women. She added that District Protection Committees will be formed with equal representation of both men and women to eliminate any sort of bias in the proceedings.

Read: Everything You Should Know About The KP Domestic Violence (Protection And Prevention Act) 2021

We were very eager to know how the process of complaint resolution worked.

Ms. Ayesha explained that the District Protection Committees will try to resolve complaints through mediation as every woman doesn’t feel comfortable going to courts. If that doesn’t work, then the committee is bound to write a complaint within 15 days and submit it to the court on behalf of the complainant. The court will be bound to resolve the complaints of domestic violence within the period of 60 days.

Although Ayesha jee didn’t provide an exact date for the implementation of the law, she did share that “we” were committed to swiftly begin rolling out the legislation across the province.