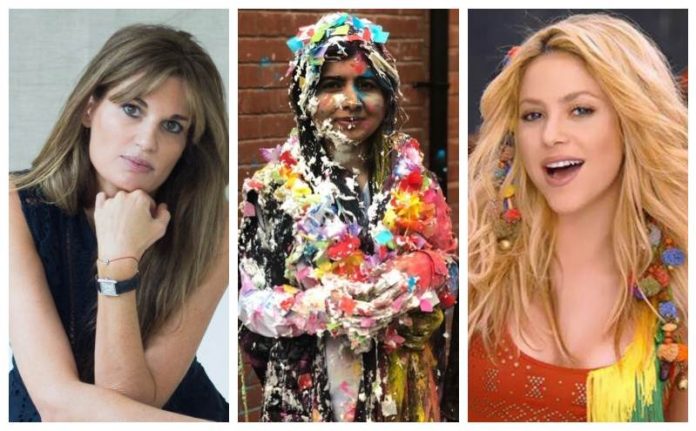 Malala Yousafzai just graduated from Oxford with a degree in Philosophy, Politics and Economics.

Malala took to social media and expressed her joy and gratitude as she broke the news to her followers.

The Nobel Laureate shared two adorable pictures along with her tweet. In the first picture, a confetti-covered Malala posed happily for the camera while the second picture featured the entire Yousafzai family cutting a celebratory cake.

As soon as the news broke, her fans from around the world started congratulating Malala on her graduation from Oxford.

Jemima commended the 22-year-old on her achievement and for inspiring women around the world.

In the same spirit as Jemima’s tweet, The Forty Rules of Love author, Elif Shafak wrote that Malala was “a true inspiration to girls all over the world.”

British-Pakistani writer Kamila Shamsie was spot on when she advised Malala to Netflix and catch-up on sleep!

German Ambassador to Pakistan, Bernhard Schlagheck wished her luck writing, “Education of the mind and the heart are both, the most, powerful tools for changing the world…”

Also Read: Greta Thunberg Met Malala Yousafzai & We’re So Ready For Them To Save The Planet Together

And from Hollywood to Bollywood, greetings from around the world continue to pour.

The news of Malala’s graduation from Oxford comes eight years after she was shot by Taliban for wanting to exercise her right to education.

We extend our heartiest congratulation to Malala on her graduation from Oxford and wish her all the luck that life has to offer!