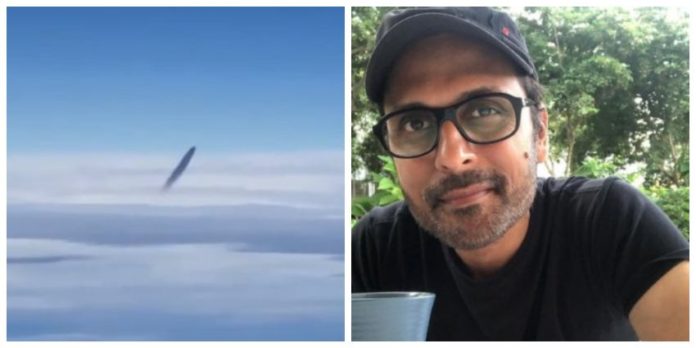 Bilal Maqsood recently shared the video of an unidentified object moving in the sky and you really have to see it to know what we’re talking about!

Strings vocalist and guitarist took to Instagram and uploaded a video of a strange black colored object flying in the airspace. The UFO was captured by Bilal’s son from his airplane’s window.

After watching their son’s video, the family did some online digging and found another similar video from two years ago.

Nobody seems to have an explanation for what the black, misty object is!

WHAT IS THIS??? My son took this video yesterday from his airplane’s window. We did some research and found a video of something exactly like this on YouTube from two years ago, but even then, people had no idea what it was. #naturalphenomenon #ufo #ufosighting #cloudformation #planetrails #area51

Also Read: 20 Tweets Telling Us Why 2020 Needs To End Already

Nvm, pack your stuff guys…aliens are on their way to Earth!

Now would be a perfect time for NASA to start shifting us all to Mars!

Yeah, that’s what we should actually be worried about!

The year 2020 has been full of shockers and I’m hoping that of all the things that has gone wrong this year, an alien invasion will not be one of them!