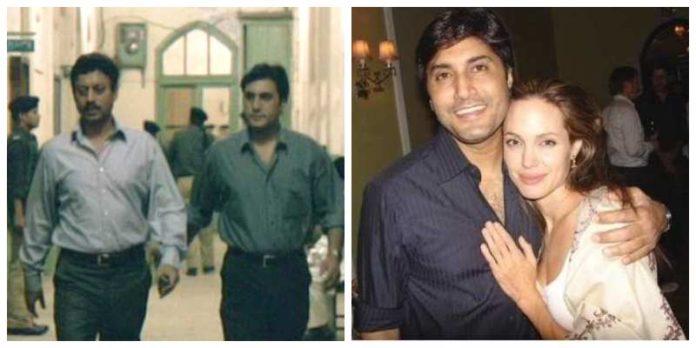 Celebrities from the entertainment industry fall victim to fake news a bit too often and especially when there is a connection to India. Recently, Adnan Siddiqui lashed out at media outlets for spreading false information regarding his stay in India during the shoot of “A Mighty Heart.”

It was reported by several news outlets that in a recent interview with Samina Peerzada, Adnan had admitted to facing discrimination while shooting for “A Mighty Heart,” that also stared Angelina Jolie and the late, Irrfan Khan.

Surprisingly, not just one but many well-known outlets falsely reported about the experience of the actor.

This did not go down well with Mere Paas Tum Ho actor, who took to social media and lashed out at media for putting his personal relations at risk.

He tweeted, “If you want to publish news, at least get the facts right and if there are doubts the least you can do is to cross-check with the person you’re writing about. Not only are you feeding wrong piece of info to your audience but also u may create a rift between people am friends with.”

He further clarified and essayed a statement on his Instagram detailing his stay in India.

Adnan Siddiqui wrote that he was staying “at the Taj where Angelina Jolie and the late Irrfan Khan were also staying.”

WOW! First of all you’ve made a news out of the interview which was done 3-4 years back and then even quoted me wrongly. I didn’t face any discrimation during the shoot. When I’d gone to shoot in Pune, on the first day I stayed in a different hotel. But when I told the production team who was I etc, the very next day they moved me to Taj. And there’s no ego/status issue here cause I understand I come from a different industry and at times we also don’t know about the actors and their status who come from different industries. I went to Taj to have dinner on day one in the rickshaw which let me tell you was a fun experience. From the second day till the shoot was over, I stayed at the Taj where Angelina Jolie and Late Irrfan Khan were also staying. FYI- Why half baked journalism? If you want to publish news, at least get the facts right and if there are doubts the least you can do is to cross check with the person you’re writing about!! Appalled at the state of journalism these days. Not only are you feeding wrong piece of information to your audience but also publishing news that will create a rift between people am friends with. My interview with Samina Peerzada is online guys, please listen to it. Thank you 🙏 . . . #saminapeerzada #huatetrail #fakenews #yellowjournalism #rewindwithsaminapeerzada

Adnan Siddiqui cleared that he never faced any discrimination in India. He further asked his fans to watch his interview with Samina Peerzada, which is available online.