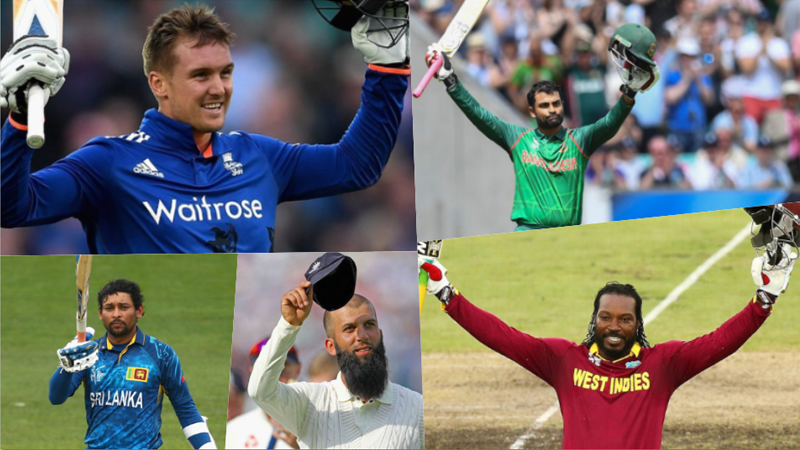 All franchises of Pakistan Super League (PSL) are done with selecting their first nine players and are now all set to finalize their squads when drafts begin later this month. Here is a look at top 5 players who are yet to be picked by any franchise and who have the ability of turning things on once the show begins.

Chris Gayle represented Lahore Qalandars in the first and Karachi Kings in the second edition of the tournament. However, he failed miserably in both seasons and hence, remains out of favor so far. Nevertheless, he has regained form to a certain degree at the international level and therefore, will remain to be an important pick when the drafts begin.

Sri Lanka’s upper-order batsman might have retired but he is still a force to reckon with at the domestic level and so, Tilakaratne Dilshan is definitely a pick worth investing in.

Also Read: Gear Up Karachiites! PSL 3 Will Rock Your City This Time

Jason Roy has this ability of winning matches single handedly. Thus, the promising English opener is almost certain to find a franchise for the event later this month.

Being a batsman from the sub-continent, Bangladeshi opener Tamim Iqbal knows the UAE conditions well and has been in terrific form off late. Tamim represented Peshawar Zalmi in the previous season and is likely to be picked by the same franchise for the next edition also.

Moeen Ali is definitely among top 5 all-rounders of the modern era.  The only reason he is not part of any franchise despite completion of the initial draft is perhaps because he is not available for the entire tournament.

Also Read: Watch Out You All! Multan Sultans Just Proved That They Mean Business!

Nevertheless, he is an impact player who is likely to find a franchise even if he unable to ensure his participation for the entire event.