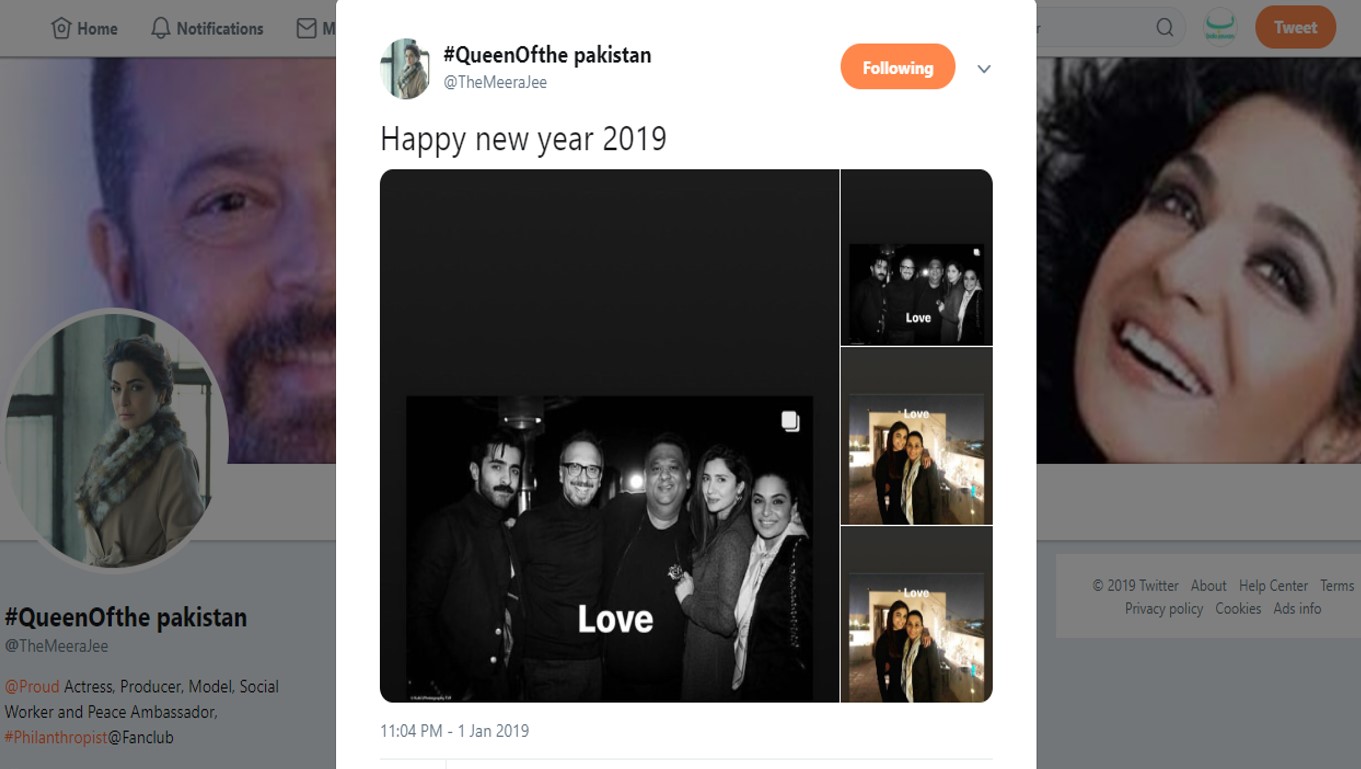 We’re back with our weekly list of celebrity tweets that you must not miss!

Samina Peerzada’s New Year’s resolution was basically the most wholesome celebrity pledge of 2019!

This antique picture posted by Vasay Chaudhry is historic gold!

Ali Tareen went out and about South Punjab, searching for the name of his new PSL team and it seems there’s a winner…!

I spent the last week in South Punjab asking my fellow South Punjabis to #NameYourTeam. Here is what they said. Final name will be announced tomorrow. But I think the verdict is pretty clear… pic.twitter.com/wMaS0tVxed

Osama Khalid Butt has a point to make, Mi Lord! 🤔

I swear, male leads in Pakistani dramas must have super sperm or something – pregnancy rate: 100% that too after just one night.

Did you know that Bilal Ashraf is going the FIFA way? ⚽⚽⚽ Indeed!

Muniba Mazari used her Twitter to do what she does best: SPREAD LOVE!

Be kind. Be Human! ♥️ pic.twitter.com/pvRMhqxchI

Saqlain Mushtaq’s son became a Hafiz-e-Quran and for once we’re thankful to Ahmad Shahzad for a picture that he features in!

Congratulations to the cricketing legend, Saqlain Mushtaq's son , Mairaaj saqlain, for becoming Hafiz-e-Quran.
It was an honour for me to be part of this special occasion. @Saqlain_Mushtaq @Mushy_online @captainmisbahpk pic.twitter.com/BBx1O7Zimt

I also want to join the #WrongBitch group @CynthiaDRitchie Do I bitch out every journalist or just the ones who have a different opinion? I also have a cycle, I can take photos with it and send them in for #WrongBitch group membership card