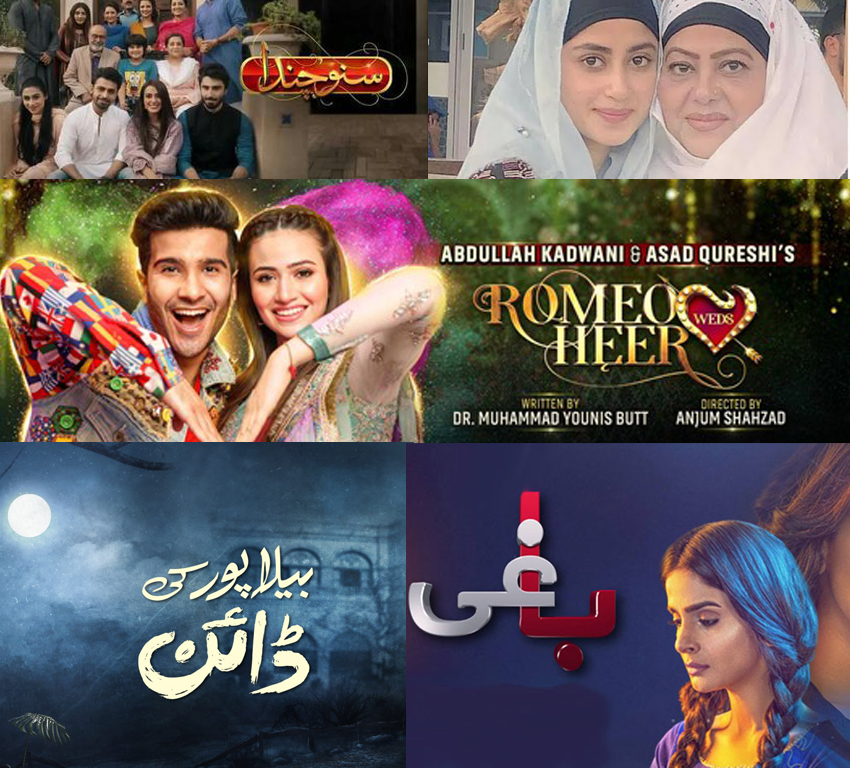 Quite a few Pakistani dramas made headlines during 2018 and hence, as the year ends here is a look at top 5 of them.

Based on the life of Qandeel Baloch, Baaghi made headlines from the word go. The drama serial was directed by Farooq Rind and was aired on Urdu 1. The Saba Qamar starrer won awards in the “Best Television Play”, “Best TV Actress” and “Best Original Soundtrack” categories at the LUX Style Awards, 2018.

Read: #WrapUp2018: 10 Pakistani Films That Made 2018 The Most Profitable Year In Lollywood’s History

Directed by Kashif Nisar, O Rangreza began in 2017 and ended during the first quarter of 2018. The Nauman Ejaz, Sajal Aly and Bilal Abbas Khan starrer was well received from both the audience and the critics. The HUM TV production made headlines on more than one occasion while it was being aired and was nominated in multiple categories during LUX Style awards.

Romeo weds Heer is one of those productions that is still running nation-wide. Presented by GEO entertainment, the M. Younis Butt script has been directed by Anjum Shehzad and stars Feroze Khan and Sana Javed.

Directed by Saife Hassan and starring Adnan Siddique and Sarah Khan Bela Pur Ki Dayan was amongst the most popular of horror drama serials in Pakistan during the year 2018.

Suno Chanda was a 30 episode drama serial that was aired by HUM TV during the month of Ramadan. The plot revolved around cousins who were in Nikkah. The Farhan Saeed and Iqra Aziz sitcom was well received by the audience within and outside of Pakistan.

Read: The Trailer Of The Legend Of Maula Jatt Will Make You Go O MY GOD!