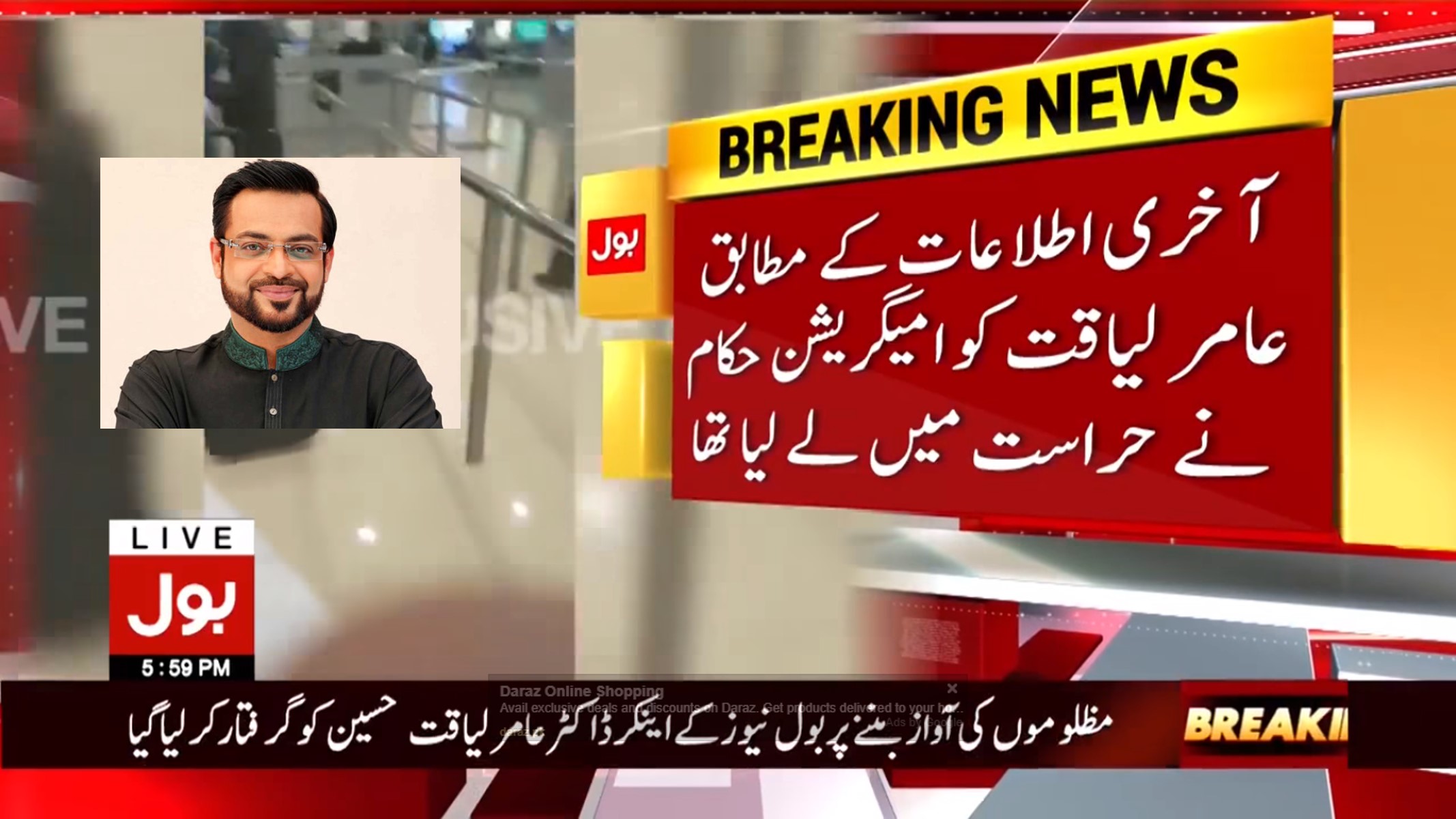 A couple of hours ago the news of (in)famous anchor person, Dr. Aamir Liaquat Hussain’s arrest in Myanmar broke on the internet. The source was this video clip aired on Bol TV announcing Hussain’s arrest.

As the clip shows there’s little to no information available to verify the claim regarding Aamir’s arrest except the television channel’s word.

There’s apparently a video that Dr. Aamir Liaquat sent to Bol TV’s administration to inform them about his arrest. This video is yet to be made public.

The last message posted by Dr. Aamir Liaquat that I have seen is this video from Bangkok Airport.

In the video the gentlemen constantly speak about the impending danger and fears of arrest. Makes one wonder, doesn’t it?

Amir Liaquat Hussain Last Video Before Getting Arrest in Myanmar: https://t.co/zMHsfl6TGD via @YouTube

Since there’s not much to the news except Bol TV’s announcement of the arrest, people are turning to Twitter to get details.

How true are the rumours of Amir Liaquat's arrest by #BurmeseGovernment?

Of course, since our primary source of information is often the mainstream media, there’s no way of learning more about a situation unless media houses step forward and choose to inform us. So, basically there’s no way to validate  this news via Twitter.

Given a long history of publicity stunts by both Amir Liaquat and (his mate on the journey to Myanmar), Waqar Zaka, there’s a lot of skepticism about the authenticity of the claim.

Apart from the skeptics, there are also hardcore haters. Some of the tweets genuinely made me go, “Yiikeeess! Allah bachaye aisi nafrat sy!”

half of it is Amir liaquat………..and he is arrested in burma so yeah good news

This guy, it seems was waiting for the “arrest” to happen with held breath!

Needless to say, memes about the arrest are already popping up.

But as it goes, Amir bhai has many fans who will not just believe everything he says but will also loudly demand justice for him!

Some want the government to give him “assistants”…

Other are likely to spend the remainder of the evening praying for his safe return.

May Allah Dr.Amir Liaquat Husain keep him safe & may Allah give him more strength to protect others! pic.twitter.com/64lil9rjhb

So, getting back to the headline of this post: what do we know about Dr. Aamir Liaquat Hussain and Waqar Zaka’s arrest in Myanmar? Well, if you’ve read the entire article you would know the answer: NOTHING AT ALL!

Just made sense to use a click bait for the two people whose every media appearance is a click bait in itself! This was a tribute to their talent really!

What do you think about the news?